Sir Peter Lampl: how I unplugged     The Rolling Stones 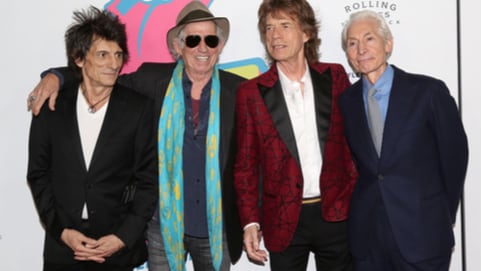 Sir Peter Lampl has revealed on Radio 4’s Desert Island Discs that he once forced iconic rock band The Rolling Stones to stop playing. It happened when he was living in the same New York apartment building as the Stones' guitarist Keith Richards.

The philanthropist and London Business School (LBS) alumnus recounted how he sat bolt upright after being woken by what he thought was someone playing a Jumpin’ Jack Flash record in his building.

“I called down to the concierge and said, ‘Can you get them to turn off that Stones music?’ There was pause and he said, ‘That is the Rolling Stones – Keith Richards has just moved into the building. I asked if he could get them to stop playing and they did, 20 minutes later.”

In honour of the memory, Sir Peter chose the song as one of eight that he would take with him to a desert island. Others included Love Me Do (The Beatles), California Girls (The Beach Boys) and The Sound of Music.

Sir Peter talked about his education at Oxford University and LBS, his career as a management consultant and businessman in the US and Europe and becoming an entrepreneur in 1983 when he set up Sutton Company, an international private equity firm. He made most of his money from two building materials businesses in Germany that sold apartment balconies and roller shutters.

“The Berlin Wall came down and all of a sudden the market for building materials went crazy,” he said. “Everyone in East Germany had some money and wanted to fix up their homes. The quickest way to make an apartment building look good is to put balconies on it, which is what people in Germany did to homes that hadn’t been touched since 1945.”

He became a philanthropist in 1996 after the Dunblane school shootings, funding the campaign that led to a complete ban on the private ownership of guns in the UK.

In 1997, Sir Peter founded the Sutton Trust to improve social mobility. Since then, the trust has funded more than 200 research studies and supported programmes covering early years education to access to the professions. He has given more than £50 million and worked for two decades to combat educational inequality.

Sir Peter received an OBE in 2000 for services to Access to Higher Education and he was knighted in June 2003.