Finance Sustainability
Save to my profile

CPI falls to a five-year low, but is deflation a genuine concern for the UK? 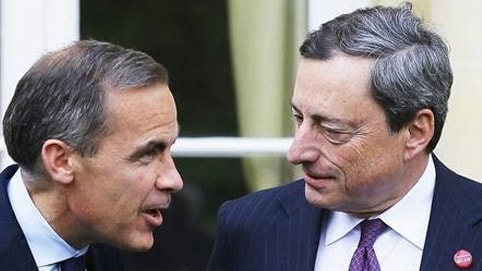 The UK’s headline inflation rate tumbled by a further 0.3% in September to a level of 1.2% - fuelling fears over the country’s economic prognosis.

The Consumer Prices Index (CPI) measure has now been below the Bank of England’s 2% target for nine straight months.

Aside from the previous low point - 1.1% in peak recession-era September 2009 - this new reading is the lowest in a decade. It gives the Bank further scope to delay any rise in interest rates, with expectations for the first hike already pushed back well into next year.

Interest rates have remained untouched since March 2009 at their historic low of 0.5%. With inflation taking such a hit, pressure on the Bank to raise rates eases - at a time when an unprecedentedly weak eurozone could impact on trading.

“I don’t think deflation is likely in the UK, but we have got to keep a close eye on the Eurozone and be prepared to take action if difficulties in other countries begin to spread,” he said.
“At this point, the major risks appear to be external rather than internal,” he says, referring to the major economies of Spain and Italy already experiencing outright deflation.

While the easing strain on consumer budgets was welcomed by the Government - David Cameron hailed the figures as a reward “for people who’ve worked hard all their lives” - policymakers will be far from bullish.
The likely possibility of further falls in CPI before the end of the year prompts questions over a slip towards deflation and the myriad problems caused by a sustained slump in price rises.

With subdued food prices stemming from the supermarket price war combining with falling prices at the petrol pumps due to a lull in the cost of Brent crude oil, two of the economy’s major drivers are stifling the competitiveness of the pound.

In fact, the Office for National Statistics said that without the impact of food prices and fuel, CPI would have been about a third higher, at 1.6%.

The steeper-than-expected fall saw the pound drop to below $1.60 on announcement.

As Dr Lewellen says: “With interest rates already at record lows, the only tool left in the toolbox is some form of quantitative easing.

“However, the jury’s still out on whether quantitative easing actually works. Furthermore, some of the major factors behind the slump in CPI are factors that are beyond the government’s control (such as global oil prices).

“I don’t think there’s a need for drastic action - yet.”

While concerning then, the UK’s inflation predicament is far less dramatic than that in the eurozone, where price growth fell to just 0.3% in the year to September.

With stagnant growth leading to outright deflation in such major economies, European Central Bank president Mario Draghi was prompted to consider a fresh round of monetary easing.

The latest sharp drop in the UK teamed with glaring problems in Europe even has echoes of Japan’s lost decade.

Speaking to Reuters TV in September, Richard Portes CBE, Professor of Economics, London Business School and President of the Centre for Economic Policy Research, questioned the merit of inflation expectations and welcomed Mr Draghi’s new-found direction in leadership and strategy towards ‘fiscal flexibility’.

“They haven’t been firmly anchored for some time. Now, finally, this is being recognised. We are slipping towards deflation, and Japan’s lost decade and more is an example of just how dangerous that is.”

Alluding to years of austerity measures which have done little to boost economies on the continent, Professor Portes added: “Einstein said that the definition of madness is repeatedly doing the same thing and expecting different results. And he was right.”