Share buybacks don’t inflate executive pay or crowd out investment – but pay structures may be a concern. These are the findings of a major new study, commissioned by the UK Department for Business, Energy and Industrial Strategy (BEIS), into the controversy surrounding share buybacks found no evidence that they either artificially inflate executive pay or starve firms of cash for investment. 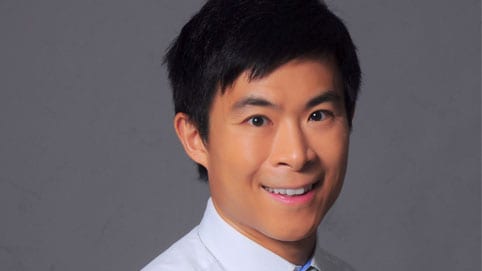 The research was carried out jointly by Alex Edmans of London Business School and PwC. Alex Edmans is Professor of Finance and Academic Director of the Centre for Corporate Governance at LBS; the team at PwC was led by Nick Forrest and Tom Gosling, who is also an Executive Fellow at LBS.

The research was commissioned to fulfil the Conservative party’s 2017 manifesto commitment to investigate the potential misuse of share buybacks. Buybacks occur when a company repurchases its own shares from the market. There are valid reasons why a company may do this. For example, if it has taken all profitable investment opportunities, it should return its surplus cash to shareholders, allowing them to invest it elsewhere (e.g. in growing companies in need of financing).


However, there are widespread concerns that buybacks are being misused. When a company buys back shares, it reduces the number of shares outstanding. This typically increases earnings per share (EPS), a common metric in executive bonus contracts. Thus, executives might use buybacks to trigger bonus payouts – even scrapping profitable investment projects to find the cash. Between 2007 and 2017, FTSE 350 companies in aggregate spent around £15-20 billion each year on share buybacks. Thus, if they are indeed being misused, the amount of lost investment could be substantial.

Concerns about buybacks are not just limited to the UK. The controversy is arguably even greater in the US, with – unusually - both Democrat (Chuck Schumer and Bernie Sanders) and Republican (Marco Rubio) announcing proposals to curb them. But before proposing any action, BEIS first wanted to understand whether these concerns are actually valid, hence commissioning the study.

The research aimed to answer two main questions. The first is whether buybacks are used to inflate executive pay. Perhaps the most striking finding was that, over the 10 years studied, not a single FTSE 350 firm successfully used share buybacks to meet an EPS target. Specifically, there was no firm that ended up above its EPS target that would have been below had it not repurchased shares. Moreover, firms that ended up above their EPS target bought back fewer shares than those that ended up below – inconsistent with concerns that they hit the target through buybacks.

The authors then did a deep dive into the actual terms of executive pay contracts. They found that executives with EPS targets did not undertake more repurchases than those without. Similarly, there was no relationship between the proportion of an incentive award linked to EPS and the amount of buybacks.

The second question was whether buybacks crowd out investment. The authors found no relationship between share buybacks and investment, inconsistent with concerns that executives were scrapping investment projects to fund repurchases. Instead, it appears that companies make investment decisions first, and only engage in buybacks if there is spare cash left over. But even if this is true for the average firm, there might be a few outliers who are misusing buybacks. So, the authors drilled down into firms that would have missed an EPS target in the absence of a buyback. Such firms had particularly strong incentives to cut investment to fund a buyback and push themselves above the threshold. However, they did not invest less than other firms without such incentives.


While the goal of the study was to examine the link between buybacks and executive pay, and separately the relationship between buybacks and investment, the authors went one step further and linked executive pay and investment directly. And here there was a significant result – firms with EPS targets in their pay contracts invest less than firms without. Thus, if some firms are indeed underinvesting, the underlying cause might be EPS targets, rather than share buybacks. This finding is consistent with Professor Edmans’s recommendation to remove targets from executive pay packages and instead give executives long-term shares. However, the authors stress that this is only a correlation, not causation. It could be that firms that are in financial difficulties cut back on investment, and separately give executives EPS targets to encourage profit discipline. Further research is necessary to study whether executive pay contracts indeed curb investment.

Professor Edmans commented on the report: “I applaud BEIS for taking an evidence-based approach to policy and engaging in diagnosis before treatment. What’s striking about our research is that, while PwC and I used a variety of different analyses, they all paint a consistent picture – buybacks neither inflate executive pay nor crowd out investment. Our conclusions are also consistent with US evidence published in the top peer-reviewed journals. But our findings do not mean that all is well with UK investment behaviour and no action is necessary. The link between EPS targets and investment is intriguing and warrants further investigation. It may be that simpler, longer-term pay structures promote investment, which is key to companies growing the pie for all of society.”