Asset management Economics
Save to my profile 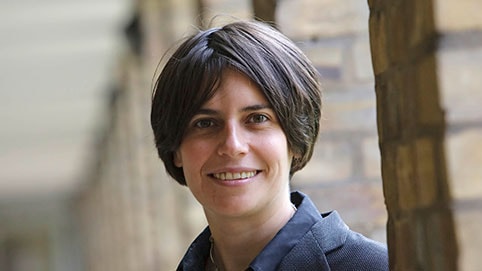 The current period of low real interest rates is very similar to the 1930s, according to a London Business School economist.

Speaking to an exclusive audience at the World Economic Forum (WEF) in Davos, Hélène Rey, The Lord Bagri Professor of Economics and Academic Director, AQR Asset Management Institute, London Business School, said that the dynamics of consumption and wealth are key to understanding swings in real rates in almost any economic model.

“Interestingly, the dynamics of these two variables was remarkably similar in the 1920s and in the 1990s,” Professor Rey said at a breakfast event featuring Lawrence H. Summers of Harvard University and the Financial Times commentator Martin Wolf.

“There were asset price bubbles, irrational exuberance and overvaluation of wealth. In both cases this irrational exuberance was followed by a financial crisis (Great Depression in 1929 and Great Recession in 2008). In the wake of the crisis, there was deleveraging and weak consumption in the 1930s (which is when the concept of secular stagnation appeared). The same phenomenon has been happening after 2008, at the time where Larry Summers talked about secular stagnation.”

Professor Rey introduced her new research on secular stagnation while Lawrence H. Summers and Martin Wolf shared their perspectives on the global economy.

Professor Rey, whose new analysis uses historical data going back to 1870, told the audience of C-suite and senior executives that the similarities of Great Depression of the 1930s and Great Recession of the 2010s are troubling. The findings suggest that the story behind the low levels of real rates is really one of two gigantic financial booms and busts.

“After the 1930s came the War, which completely reshuffled the cards. Now comes Trump. Whether the fiscal expansion he promised would be big enough to change the macroeconomic outlook remains to be seen. Indeed, how much fiscal expansion Congress will implement is deeply uncertain to this day,” Professor Rey said.