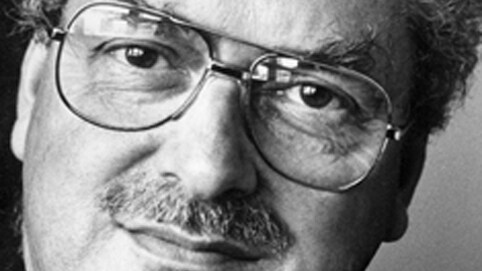 “I saw Jim [as he was affectionately known] give a talk at the Association of University Teachers seminar and I was very impressed by him,” Rose said. “We met over lunch and I mentioned that Arthur Earle (the Principal at that time) wanted him to teach economics at LBS. Jim accepted on the spot.”

Sir James was Principal (Dean) from 1972–1984, during which time he was instrumental in establishing and promoting the School. The 'King of Forecasting' revolutionised 1960s economic forecasting with a new computerised model of the UK economy. His work in this area also helped put LBS on the map, according to Sir Andrew Likierman, Professor of Management Practice in Accounting, and LBS Dean from 2009–2017.

“In the 1970s, business schools were little known in the UK and regarded as strange beasts. The economic forecast unit that Jim set up established the School as a place that combined academic rigour with relevance to business,” Sir Andrew said. “He made the same link in his own career, as a respected economist who sat on the boards of companies.

“Jim was Dean for 12 years, at an important time in the School’s history for building its reputation and credibility. There were no rankings or league tables then, so you didn’t have any measure of whether one school was better than another. People couldn’t rank LBS; even so, Jim helped to establish its clear quality credentials.”

As Principal, Sir James was an innovator and pioneer. He launched the Executive MBA, one of the UK’s first such programmes, in 1982 and raised the funds to develop the Plowden building at LBS’s London campus.

A strong character with firm beliefs, Sir James also recognised the need to surround himself with talented people. He moved to LBS in 1964 with Terry Burns, his research assistant at Manchester University where Sir James was a senior lecturer.

Burns went on to become a professor of economics at the School in the late 1970s, before joining the Treasury as chief economic adviser in 1981. He was made a life peer in the House of Lords in 1998.

“Jim was self-assured, a strong character and he knew his own mind. He also wasn’t afraid to bring in capable people to work alongside him,” Sir Andrew said.

Away from LBS, Sir James was a trustee of The Economist, he served on the Board of Governors for the Centre for Economic Policy Research and was chairman of Legal & General Group and the Royal Bank of Canada. He was also a director at Ogilvy and Mather, TI Group, Barclays Bank Trust Co and National Freight Corporation.

After stepping down as Principal, Sir James continued to teach at LBS for several years.