Redefining the State an imperative for exiting the Crisis

Whatever the Eurogroup decision on Greece on dealing with the existing debt, the underlying causes of the Greek malaise still do not seem to have been addressed. The course of structural changes and the refusal of the Greek state to proceed decisively and speedily with the necessary reforms, striking a new balance and making a break with established practices, was the central point of enquiry and exchange in the conference entitled: “Greece – Options Going Forward”. 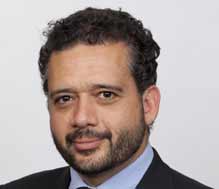 The event, which took place in Athens on Wednesday 18 January, was hosted by London Business School and co-organised with its Hellenic Student Club in collaboration with the School’s Hellenic Alumni Association in Greece.

Some of the conclusions from the event were as follows:

• The overprotection of the “sacred cows” of the civil service, the distortions observed in the relations of the public and private sectors, as well as the shortfall in competitiveness have resulted in excessive taxation, extended uncertainty and instability and finally private sector lay-offs.
• The “unwillingness” of Greece to carry out the Troika’s programme of structural changes and Greece’s persistence in postponing them, disregarding the interests of citizens and protecting politicians, the public sector and those living off it. Indeed the responsibility for the situation can be laid squarely at the door of the entire political system, as none of the political parties has done or at least proposed anything that would constitute a substantial change of landscape.
• The inability and inefficacy of the State and the civil service to bring about the deep changes imposed by the times, the speakers concluded that a new institutional body must be established, which would undertake to monitor the course of structural changes, act independently of the government and in which distinguished Greeks of the diaspora could participate.
• With respect to the debt and finding a viable solution for its management, it was widely held that the Troika’s programme was not sufficient, and, as a result of poor execution from the Greek government and the Troika alike, was leading to a contraction-indebtedness spiral.
• A common position held was that a non-voluntary restructuring (beyond the PSI+) was inevitable, but would be desirable if done properly in an orderly manner, otherwise Greece would be heading towards uncontrolled bankruptcy with dire consequences. It was underscored that a controlled and orderly bankruptcy did not per force mean Greece leaving the Euro, something that would cause more problems than it would solve.
• In addition to the political and economic initiatives that must be taken in the time left, the participants held the common belief that the citizens themselves have to be engaged with respect to these changes, through pressure exercised on parties and other bodies. Along these lines the redesigngreece was presented to the Conference, which constitutes a platform where anybody can submit their opinion and participate in a dialogue proposing specific solutions.

In summarising the main points of the Conference, Dr.  Michael G Jacobides, Sir Donald Gordon Chair of Innovation and Entrepreneurship and Associate Professor of Strategy and Entrepreneurship, London Business School, noted: “The Greek problem is really an administrative and organisational challenge - not primarily a macroeconomic one. And sadly the IMF is only recognizing this late in the day, while the European Commissions’ capacity-building efforts are really not up to the task. Changing the public sector is the key to success - or continued failure. And it requires brutal, direct actions against those that benefit from the system, including civil servants, politicians, and beneficiaries of state largesse that inhibit any change. The spectrum of collapse is not in itself sufficient to change the system, and lack of appropriate resourcing of the change effort is visible.

“Efforts must focus on implementation, on using quantitative indicators in order to know who are potentially responsible and who are really trying to effect changes and to support administrative reforms. Political debate must also focus on concrete solutions to real problems, not vague rhetoric. That’s why we launched our ‘Redesign Greece’ campaign to help push the public debate and increase sorely lacking civic involvement.”

Don Featherstone, Managing Director, AlixPartners, mentioned about Greece: "The current process for restructuring Greece's debt is chaotic.  EU creditor countries are primarily interested in preserving the Euro while private sector bond holders are looking to contain losses on their investments. What is being lost in these relatively short-term agendas is the fact that a Greece with a sustainable capital structure, which supports the return to economic growth, is the only outcome that would serve the interests of all parties involved.”

The Conference was made possible through the sponsorship of AlixPartners and the support of the companies GenesisPharma, SAP, the Higher Education Investment Fund and London Business School. The footage from the conference is now available on the internet, through RedesignGreeceConfer