Herminia Ibarra named by Apolitical as an influencer, alongside Malala Yousafzai and Justin Trudeau 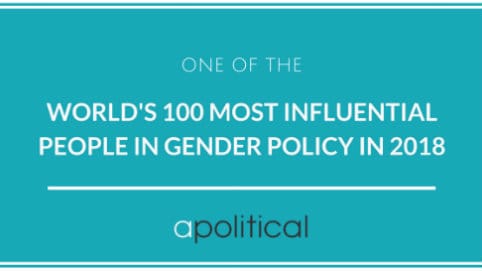 “I’m honoured to be included in this amazing list,” said Professor Ibarra.
“It’s hugely important to have social scientists advancing research into the barriers that women face in the professional world.”

The issues are often subtle, she explained. “They exist at the intersection of taken-for-granted work practices and processes and psychological dynamics that, for example, lead people to favour the company of like-others.

“Companies have found that they cannot mandate gender diversity, particularly when it comes to top roles. So, we continue to work to help them understand what levers stand a better chance of moving the needle.”

The network, which helps public servants find the ideas, people and partners needed to solve the hardest challenges facing societies today, said: “Drawing on nominations from dozens of gender equality experts and leading organisations in the field, we aim to celebrate the people making our societies fairer and better to live in.”


• Hear Professor Ibarra explore some of the barriers holding leaders back