Preparing businesses for the next generation of workers

Tammy Erickson examines the youngest generation and shares how companies should prepare for them. 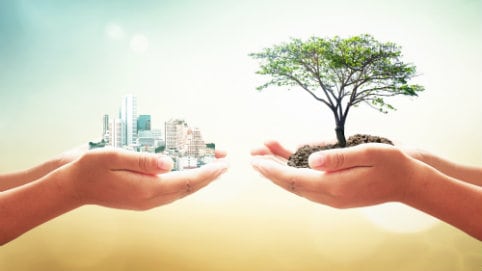 Generational boundaries are useful as they help organise the world. But getting the best out of people from different generations requires a rethink.

Tammy Erickson, Adjunct Professor of Organisational Behaviour at London Business School and author of What’s Next, Gen X? and Plugged In - The Generation Y Guide to Thriving at Work, has studied those born from 1996: a group she calls ‘Re-generation’ (re-gens).

Erickson argues that the biggest events of our childhood shape the way we are today. These moments in history create groups of people who have generally similar attitudes to life – something businesses need to get to grips with when hiring people, designing work and efficient processes to get work done.

“Millennials [or Generation Y] are the first generation of digital natives, and they are used to instant access to information. They are immediate – in their work, play and even in the way they date. They live each day to the fullest and they’re impatient,” she says. “The re-gens are seeing a world that looks substantially different to millennials during their formative years.”

There are four universal stages of cognitive development, according to psychologist Jean Piaget. “A child constructs a mental map of the world in the fourth stage, called the formal operational stage [at 11 years and over],” says Erickson. It is during this period that children carve out a set of generational assumptions that shape their adult working lives.

• Are impacted deeply by the recession: so they are restrained and responsible
• See connectivity as a basic notion: it’s the basis for how people meet, express ideas and understand each other. Technology is not a way to do things faster, it is a way of life
• Enjoy anonymity and privacy, because they are wired by technology: they choose when to use it and when to opt out
• Will tackle the world’s biggest problems head on. They will ask whether smart cities are a good idea and if they can live in and promote a sustainable world.

Preparing businesses for the next group of workers

The re-gens will be strong additions to the workforce, says Erickson. They will also be demanding consumers. She urges businesses to “prepare now” to meet the needs and maximise the productivity of this new generation.

Businesses can prepare with their product and service offerings, she says. “They will be very different consumers than the immediate millennials. They won’t buy on impulse: they’ll buy based on enticing offers.

“They’ll be reluctant to incur debt – so businesses need to reinvent ways so that re-gens might buy high-price items.” As a result, pre-loaded purchase cards will increase in popularity, she says.

“Expect re-gens to live in cities where they can take advantage of public transportation and other shared services. Businesses should consider this when locating offices and outlets.”

Do not expect this generation to schedule or plan, Erickson warns. “Recognise that organisational boundaries make no sense to re-gens and sharing is fundamental to the way they work – businesses need to develop appropriate policies.”

“Get ready to plug them in,” she adds. “They will bring their own devices to work, they will expect the latest technology and they will not be content at work if they think they can do better.”

Further, Erickson says that leadership needs to be redefined. “Capable adults – the re-gens and millennials – need meaningful work. You need to create a cross-generational ‘community of adults’ – only then, will they be willingly led.”

Tammy Erickson is an Adjunct Professor of Organisational Behaviour at London Business School.