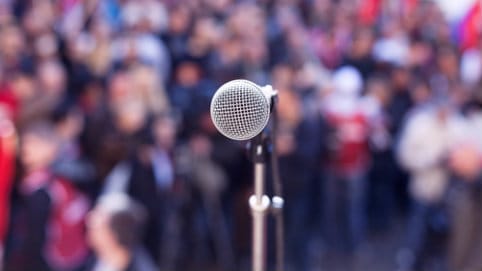 Latin American governments face a huge challenge to reconnect with voters who are disillusioned after recent political scandals.

Laurence Golborne, Chile’s former Minister of Mining, said that many Latin Americans were “disenchanted with politicians”, and he pointed to anger and unrest in some countries.

Golborne is perhaps best-known internationally as the politician who presided over the rescue of 33 Chilean miners trapped inside the San Jose mine near Copiapo, Chile, in 2010. He was speaking at the Latin American Business Forum, organised by London Business School students.

“There is a crisis with our democratic system,” he said. “I believe what is happening in Latin America is happening all over the world. We’re seeing low electoral participation and more people excluding themselves from the political process.”

A corruption scandal involving Brazilian state oil company Petrobras has also led to discontent. The nation’s biggest construction firms allegedly overcharged Petrobras for building contracts, with prosecutors claiming that some of their earnings were then handed to the oil company’s executives and politicians.

Dealing with widespread corruption will go towards regaining people’s trust in Latin American politics, according to Golborne. He also believes social media can help – providing politicians don’t use it to win populist votes.

“In the past politicians were measured every four or five years during elections, so they had time to do what they thought they needed to. But today with social media so prescient in our everyday lives, every measure they take is severely tweeted, commented on and criticised online.

“The temptation to be popular and do what people ask is high. If we go in that direction, I don’t see a good future – especially for poorer countries like those in Latin America.”

Golborne added: “Our world is changing faster than ever and our politics and businesses are far behind. It’s time to engage with a new democracy.

“We need to increase participation using technology and [give people the means] to vote directly at home. We can’t ask people to go vote somewhere that’s 10k away – nobody’s going to do it.

“If we don’t make these changes, we will have populism in all our countries.”