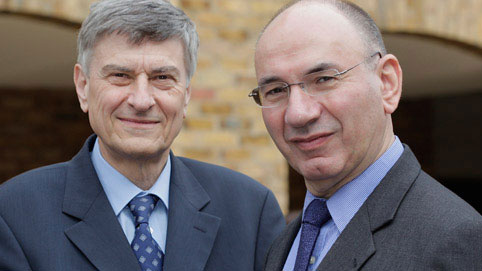 The Numis Smaller Companies Index (“NSCI”) Annual Review 2015 is published today by Numis Corporation. The authors, Elroy Dimson and Paul Marsh, Emeritus Professors of Finance at London Business School, report that the NSCI ended 2014 with a small positive return (0.8%), finishing the year close to the all-time high that it reached at the end of 2013. The return on the NSCI was almost exactly the same as the return on the FTSE 100 (0.7%).

The highlights for the NSCI, ex-investment companies (XIC), the main benchmark used by institutional investors, are as follows:

Oliver Hemsley, Chief Executive of Numis, said: “With a history that goes back 60 years, since the first published index value, the NSCI provides a unique opportunity to examine current issues and trends in a truly long-term context. The NSCI is the definitive benchmark for monitoring UK small- and mid-cap companies and forms part of the extensive research that Numis provides to its clients. The smaller companies sector is central to Numis's business, and we are delighted to be able to provide this vital service to investors.”

Professors Elroy Dimson and Paul Marsh, the authors of the report, said: “The start of 2015 marks the diamond jubilee of the NSCI, since the index back-history starts in 1955. Over the last 60 years, UK smaller companies have delivered truly astonishing returns to investors.” 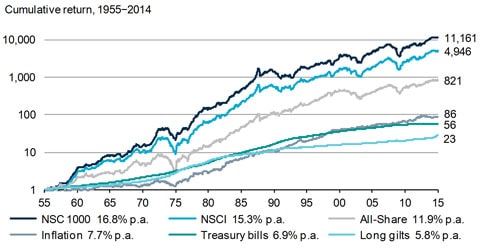 The highlights of the 2015 Annual Review also include:

A brief description of the NSCI is available on the Numis website.