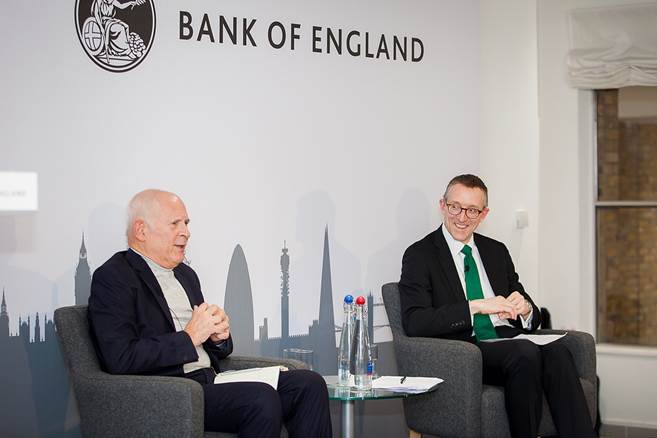 Data collected by the Bank of England’s Prudential Regulation Authority (PRA) could have value beyond its original purpose, according to Sam Woods, Deputy Governor of the Bank of England and Chief Executive of the PRA. He was speaking at an event hosted by AQR Asset Management Institute (AQRAMI) at London Business School (LBS) about the PRA’s approach to regulating the insurance industry.

Richard Portes, Professor of Economics and Academic Director of AQRAMI, had asked whether the PRA would consider making the large amount of anonymised information that its reporting requirements had engendered available to academic researchers. Woods said: “The philosophical answer is yes – this is a huge new data set. We’ve created a new division to try to capitalise on this and we’re in the market for ideas.”

Woods delivered his  speech to a 200-strong diverse audience that included insurance executives, bankers, asset managers, academics and industry bodies. It was timed to coincide with a report by the Independent Evaluation Office’s (IEO) report on the PRA’s approach to insurance supervision. He said: “By pooling and transferring many kinds of risks, insurers provide cover which is essential for economic activity. A necessary precondition to such success is world-class insurance supervision. Our job is to be forward-thinking about risk.”

The PRA began supervising insurance companies in 2013. It implemented a new EU framework, Solvency II, which came into effect on 1 January 2016. Critics have called the implementation “overzealous” but Woods said that in his opinion a degree of tension between any regulator and regulated firms was a sign of a healthy relationship. He said he envisaged “a series of tweaks and improvements” to the regime rather than any major change.

Woods also stressed that: “Policyholder protection is not really about the risk margin, the matching adjustment or corporate bond spreads. It’s about making sure that insurance companies are there to help when disaster strikes.”

The UK insurance industry employs 300,000 people in the UK, provides cover for nearly 27 million households and has £2.4 trillion of assets.