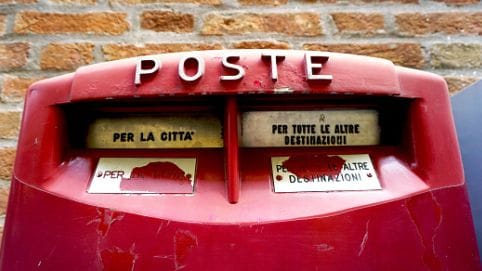 This autumn, Italy will follow in the footsteps of Britain by floating its national postal service on the stock market.

The partial listing of the 153-year-old Poste Italiane is expected to yield £2.9 billion (€4bn) and triggers the beginning of a wider £8.8bn (€12bn) privatisation programme, also including the partial sell-offs of its train network and national air control infrastructure.

A similar, if not grander scheme is in the pipeline for November, when Japan Post will list shares in its holding company, in the country’s largest sale of state-owned assets for nearly 30 years.

In late 2013 the UK government began its flotation of the once-treasured Royal Mail by selling the majority of its shares, before announcing the sale of its remaining 30% earlier this year.

It followed the privatisation of both rail and energy sector services - both deemed by vast swathes of the public to have been callous miscalculations, leading to unregulated price rises and diminished amenities.

In Britain, the concept of privatisation has long been a thorny one.

The public is wary of mentions of academy schools, NHS sell-offs and outsourced contracts in the emergency services, while campaigns still rage over train prices, electricity bills and postal services.

Julian Franks pinpoints three reasons for the public’s unease: “First, people are unsure if it really improves services. Second, the cost to the consumer. Will prices go up?

“Third, they worry that the assets will be sold cheaply at a cost to the taxpayer,” he explains.

Royal Mail, shares were valued at 330p, before rising to 450p on the day of the stock market floatation and settling at 445p. There was public concern that the postal service had been undervalued.

“There are those who look at the increasing prices and ask whether it couldn’t have been sold higher. Even if these concerns about profitability and pricing are misplaced, it would be foolish to ignore them given the fact that they are held by a significant number of people.

“Royal Mail could have been sold in tranches to investors and then to the general public. A lot of it went to institutional investors who sold it on quickly.

“Whatever the efficiency arguments, the general public didn’t like this and we should try to do better. It’s important to carry people with you. The public needs to feel confident that it is sold at the right price and that if there is profit to be had, the public gets the biggest bite of the cherry.”

While plans to float postal services in Italy and Japan have sparked similar concerns, they are not a direct comparison with Royal Mail.

Crucially in Japan, the selling off postal shares is part of a longer-term plan aimed at funding reconstruction work still needed in the wake of the 2011 earthquake and tsunami.

Italy’s programme has been touted as the biggest privatisation push since its sale of major energy company stakes in the nineties. The country has a national debt of £1.6tn (€2.2tn) - 132% of GDP - and the return initially made from Poste Italiane (PI) will provide long-overdue debt relief.

David Pitt-Watson, Executive Fellow, Finance, London Business School, reminds us that Poste Italiane is a very different entity from Royal Mail: “It has over €400 billion in savings deposits. So they aren’t strictly comparable,” he says.

“I suspect this [partial sell-off] won’t have a huge effect on the Italian economy. Apart from anything else the state keeps 60% of the shares. But it may have a symbolic significance.”

The Poste Italiane has been described as “a good proxy for Italy”, by Fabrizio Pagani, head of the office of the Treasury minister. And national emblems meet with much public affection.

With €24bn in annual revenues and 145,000 employees, it casts a wide net incorporating saving, insurance and logistics, and Italians seem to like it the way it is.

“Ownership can change the incentive at an enterprise, and hence its behaviour. But the issue is not just private/public or market/state. There are as many forms of market as you can imagine, there are infinite numbers of regulatory regimes and scores of different forms of ownership,” Mr Pitt-Watson adds.

“The most profound challenge to the postal system is from electronic media; but that also creates opportunity. Let’s hope the Italians have thought this through.”

Capitalising on new opportunities can lead to the development of some of the finest public services and we shouldn’t forget this.

Professor Franks points to the 1984 privatisation of British Telecom, a strategy which, at the time, met with typical public apprehension.

“You can point to some successful privatisations. Telephony, for example, has benefitted enormously from privatisation,” he says.

“With such rapid advances in technology, the idea that state ownership could replace the market for telephony is almost absurd.

But you have to bring the public with you, Professor Franks warns. And this starts with getting regulation right.

“People think semi-monopolies should be state-owned. In fact I think, semi-monopolies will perform better under private ownership. But first, we have to get the regulation right where there are concerns about monopolies or quasi-monopolies.

“It is wise to increase public confidence and to bring the public with you.”