Mission possible: LBS alumnus to blast off into Space 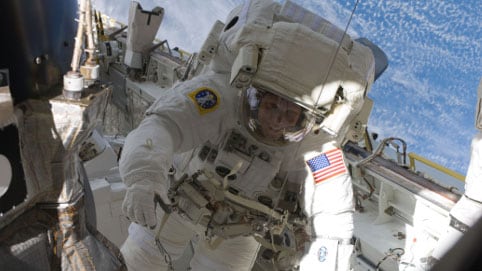 Tim, representing NASA, will be joined by Major Tim Peake, ESA and Yuri Malenchenko, Roscosmos, as he makes his second trip into space.

The astronauts will launch into space at 11.03am (GMT) on Tuesday 15 December from Baikonur Cosmodrome, Kazakhstan. It will take 8mins 48secs for the Soyuz rocket to get into orbit and about six hours to catch up with the International Space Station.

His preparation has included underwater training in spacesuits to prepare for weightlessness, and food-tasting sessions to prepare him for eating in space. He will also carry out spacewalks, which on the Principia mission he will do in tandem with British astronaut, Tim Peake.

Tim Kopra first went into space on an International Space Mission in 2009. On completing the mission he said: “Being commander of the space station presents a very interesting leadership challenge because, while you have a very small group of people on board, there is an enormous infrastructure on the ground that is working toward helping you succeed and getting the mission accomplished. That’s a very unique and interesting leadership challenge because it is largely based on communication and good relationships. That was a theme that we heard over and over again in the case studies at the School.”

Tim will return to Earth in June 2016. Watch the blast off on BBC One tomorrow, starting at 10.30am.