93% of MBAs offered employment within three months of graduation 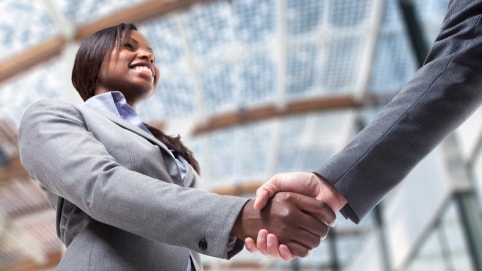 Ninety-three per cent of London Business School (LBS) 2017 MBA graduates accepted job offers within three months of graduation, according to the latest employment figures from the School.

A summary of the School’s MBA Employment Statistics for the Graduating Class of 2017 reflects another strong year for its MBA graduates. The full report will be available on January 24, 2018.

The percentage of graduates taking post-MBA jobs in consulting has moved up from 35% in 2016 to 41% in 2017, while the proportion taking jobs in finance is very slightly up, from 25 to 26% in the same timeframe. A fifth of the class of 2017 took MBA jobs in the technology industry – the same proportion as last year. We expect to see the technology percentage climb next year as 36% of MBA 2018s did internships in the sector last summer, surpassing the 28% mark of the last three years. McKinsey, BCG and Bain led the way, employing upward of 35 students each, followed by Amazon, who hired 23 students.

“We continue to see increasing diversity in the types of employers our students join. We used to see more companies taking students in the double-digits. Now we find many students looking for opportunities more tailored to their unique interests and skills as the number and type of recruiters continues to expand. This diversity of interest is reflected in our new, even more flexible MBA which launched this year,” said Lara Berkowitz, Executive Director, Career Centre, London Business School.

The mix of employers range from those previously mentioned to Goldman Sachs, Yoox Net-a-Porter Group, GSK, Kraft Heinz and a host of small start-ups and SMEs.

Concerns that last year’s referendum over UK membership in the EU might be affecting the number of LBS graduates who stay on in the country after completing their degree is not evidenced in job location choices. The number of graduates taking post-MBA jobs in the UK is 50%. For the half taking up employment overseas, Europe, excluding the UK (16%) and Asia (10%) were the most popular destinations for graduates. Graduates went to work in 44 different countries.

The Financial Times has also ranked LBS as the top school in Europe for the fourth year running (European Business Schools ranking).