Business management and operation Organisational behaviour Psychology
Save to my profile 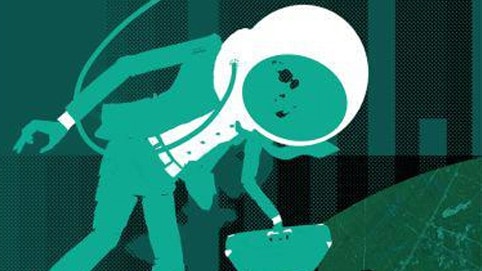 More than half of us will be working remotely by 2020, said executives, entrepreneurs and business academics at London Business School’s Global Leadership Summit.

As they debated the impact of technology on everything from the creation of the ‘new teenager’ to the office pecking order, an audience of 600 at the Summit organised in collaboration with Deloitte was asked a series of key questions.

When asked what percentage of their company’s full-time workforce would be working remotely by 2020, 34% said more than half and 25% said more than three-quarters would not work in a traditional office.

“Technology and some fundamental shifts in management thinking are behind this response,” suggested Adam Kingl, London Business School’s Director of Learning Solutions, Executive Education. “Leaders are learning how to enable their teams to flourish, and there is a recognition that the notion of a traditional 9-5, Monday-Friday, commute-to-the-office job is quickly eroding. There is, though, an equally strong case for bringing teams together on a regular basis to inspire and to share.”

Innovation is held to be a critical factor for success in business and the Summit included thought on how technology promotes fresh ideas and new approaches. The poll asked what the biggest threat to innovation in the corporate world is, with a surprising result. Nearly half (49%) said career structures that failed to encourage innovators were the biggest block – compared to 9% who blamed lack of imagination. The second biggest threat was regulatory burden and bureaucracy (33%).

Business leaders from dunnhumby, the Tesco-owned company that created Clubcard, and Asos, the online fashion retailer, described the difference that understanding consumer data makes to business. The audience was partly convinced, the poll suggested. Nearly half (48%) said their company should spend 5% or less of annual profits on big data analysis.

London Business School Professor Julian Birkinshaw said: "This is a surprising finding.  I think it reflects a lack of clear understanding of what exactly 'big data' analysis offers to companies. The implication is that there is still a lot of scope for progressive companies to gain competitive advantage from capturing and making sense of data about their customers and their buying habits."

Perhaps the most telling finding, given the subject of the Summit was the importance of technology and data to business today, was the response to a question about personal information.

‘A Dutch student recently auctioned all his personal data for £288. At what price would you be willing to sell your personal data?’ was the question. The vast majority – 79% – said no price was enough. Just 3% indicated that they would sell it for less than £100 – they may place no value on personal data or they may believe that the benefits of giving it up do vastly outweigh any downside.

When it came to the question of executive pay, 39% were in favour of no regulation – although almost as many said pay should be governed by international regulators such as the European Central Bank or International Monetary Fund.