An executive fellow of London Business School has started a campaign to reduce asset management charges. 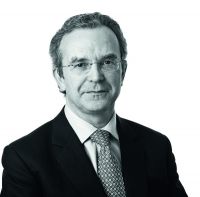 David Pitt-Watson, Executive Fellow, Finance, London Business School and a former director at Hermes Fund Managers, attended a recent National Association of Pension Funds (NAPF) conference where he asked institutional investors to provide him with details about how much they pay.

He said that few investors have an understanding of how their fees are being made up, which has led to problems.

"It's rather like taking a credit card to pay your hotel, and pay a restaurant bill, and rather than being given your receipt, being told to look at your bank statement if you want to see how much you are paying", David explained.

David encouraged people in the industry to come together, because 20 pension schemes working together could lobby for fee cuts where schemes acting alone would find that impossible.

He argued that pension scheme deficits could be eradicated by a cut of 70 basis points, and added that he would be happy to become involved in lobbying for the change.

David concluded: "The journey of 1,000 miles begins with a single step. Change starts with information.”