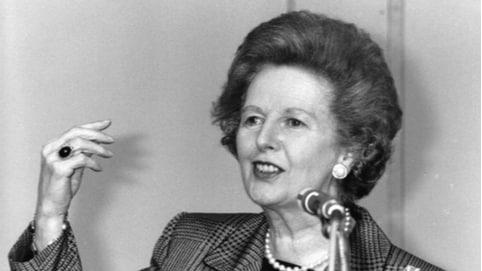 Business and political leaders have to stick to their principles when facing adversity or even life-threatening situations, according to the former head of Britain's civil service.

Lord Robin Butler has developed 10 lessons for leaders based on his time working with five British prime ministers: Ted Heath, Harold Wilson, Margaret Thatcher, John Major and Tony Blair. When sharing them at Back to School, an event run by MBA students from London Business School, Butler said that senior figures must stay firm no matter what life throws at them.

The lesson comes from an attempt by the IRA to assassinate Margaret Thatcher at the Grand Hotel, Brighton, in 1984. Butler and the prime minster were in the hotel for the Conservative Party Conference when a bomb went off, killing five people and seriously injuring 34.

“The police took us to a secure location and I spent the night watching the TV,” Butler said. “At 8.30am the next morning, I told Mrs Thatcher that some people were dead while others had been dug out of the wreckage.

“She told me without hesitation that the conference had to begin on time, at 9.30am. I was appalled. I said, ‘You’re surely not going ahead with a political conference when some of your closest colleagues are dead and others are seriously injured’. She said, ‘This is our chance to show everyone that terrorism can’t defeat democracy’.

“Mrs Thatcher, who was speaking at the conference from 9.30am, told the delegates, ‘We are shaken but not daunted’. She was right and I was wrong; this was a rare moment when you see a politician having to react immediately to something they haven’t had time to prepare for. Her reaction was instinctive and she stuck by her principles.”

Another lesson for leaders is that they can be successful without being liked, but only if they set a clear direction for their team.

“Of the PMs I worked for, Margaret Thatcher was the most clear in terms of her leadership,” Butler said. “Many people didn’t like the direction she was leading them and they didn’t like her, but they supported her because they knew where they were going.”

Butler advises senior figures to stand by their staff, work harder than anyone else and embrace rather than withdraw from change. He also urges them to never retreat at the first sign of opposition, and study the background – something former Prime Minister David Cameron should have done before holding an EU referendum.

Cameron was ill-prepared when giving the British people the power to vote on staying in or leaving the union, according to Butler. He believes Harold Wilson had a better approach for the 1975 referendum on whether Britain should remain in the European Economic Community (EEC), as the EU was then known.

“Wilson prepared for it much better than Cameron did,” Butler said. “He had a private talk with the German chancellor [Helmut Schmidt] and agreed with him what deal Britain could get with the EEC before the referendum.

“The prime minister surprised everybody by saying, ‘This is what the EC has agreed to’. Cameron couldn’t do that – he couldn’t get a good deal for the British people and he lost the referendum. Had he studied the battleground better beforehand, he might have won it.”