Women Faculty news
Save to my profile 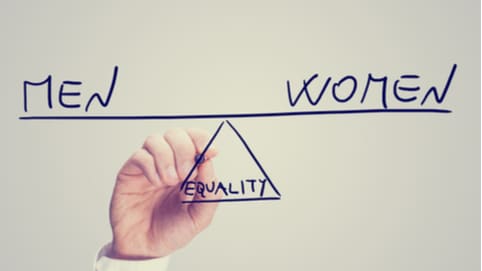 Randall S Peterson, Professor of Organisational Behaviour at London Business School, hopes to help tackle gender bias in the workplace after joining the board of UN Women National Committee UK as a trustee.

He will bring fresh perspectives on diversity in business to the organisation, which is the UK arm of a global agency that champions gender equality and empowers women through advocacy, awareness-raising and fundraising.

Professor Peterson believes ambitious women are held back by a flawed career system that punishes them for starting families.

“We have created a system that adversely affects women when they become mothers,” he said. “Women invest a great deal of energy into their early careers, but they may slow down in their late twenties and thirties when they have children.

“The problem with this is that decisions for tenure in academia or partnerships in a law firm are made while women are having children. At that point, men are being moved onto the senior management track – which is when women’s careers are most vulnerable. Most men likely don’t want to take an extended career break to look after their children, so the responsibility almost inevitably falls on women.

“The question is, how do we address this issue? We have structured work in a way that it disadvantages women. Some professions and businesses are addressing this issue, but many aren’t. We’re effectively leaving half the population out of the talent pool, which in turns affects economic performance and productivity.”

Raising awareness about this issue and championing women in the workplace will help bring about change, according to Professor Peterson. “I want to increase people’s understanding of this problem and raise UN Women UK’s voice and influence,” he said. “I’m thrilled to be involved and can’t wait to get started.”