Research Finance
Save to my profile 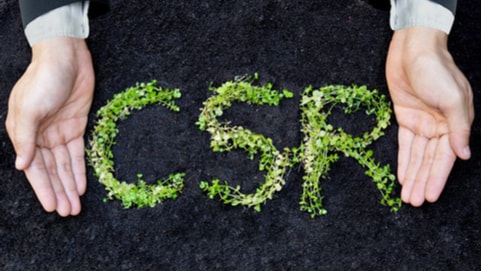 Alex Edmans, Professor of Finance at London Business School, has presented his academic research on corporate social responsibility (CSR) to the World Bank.

He was invited to talk to the board of directors as part of the World Bank’s Distinguished Speakers Series. Only four people – usually global leaders – are asked each year to discuss their business findings with the board, which features executive directors from dozens of countries.

Professor Edmans discussed the debate over whether businesses should focus only on shareholder value or also on employees, customers and the environment. His presentation explored the view that businesses can’t analyse the profit implications of their most socially responsible actions. Ultimately, profit is a by-product of CSR and not the end-goal.

British retail chain Marks & Spencer (M&S) was given as an example of an organisation that moved away from being socially responsible to more profit-driven. Simon Marks, chairman for 48 years in the 1900s, provided meals at nominal prices for workers who were struggling to feed their families.

By the 1990s, M&S had a short-term shareholder focus that led to a drop in sales, profits and share price. The company put pressure on suppliers, invested less in its stores and compromised the quality of its products in a bid to deliver double-digit growth to shareholders.

Professor Edmans moved on to his systematic research involving hundreds of companies. He showed how firms that treated workers well delivered 2.3%–3.8% more to shareholders each year than their peers over a 28-year period.

The presentation then shifted to the misuse of information and evidence when talking about CSR. Professor Edmans explained that a Financial Times story on British CEOs earning much more than their European peers was presented as fact. However, the study it was based on didn’t even exist at the time.

In his talk, Professor Edmans covered the following points:

The final point relates to how people search for, interpret, favour and recall information that confirms their pre-existing beliefs or hypotheses. This extends far beyond CSR to issues such as medical advice and the Brexit referendum.

In conclusion, Professor Edmans focused on the “so what” – how companies can actually put CSR into practice. He discussed six issues: the pursuit of excellence, embedding purpose throughout the organisation, providing long-term incentives, treating employees as partners rather than factors of production, reporting intangibles and informed shareholders.

•    Read why Professor Edmans says the truth is not enough