Asset management Corporate governance
Save to my profile 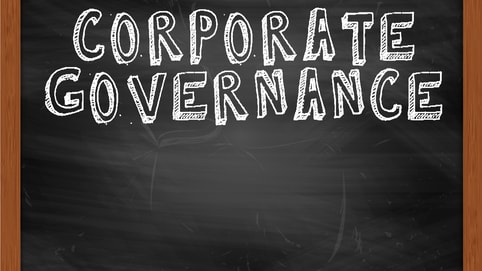 The Government’s green paper on corporate governance reform is welcome, but there is a risk of unintended consequences, a London Business School expert warns.

Alex Edmans, Professor of Finance at London Business School, has published a response to the Government’s green paper on corporate governance reform.

Edmans says: “The green paper is extremely timely and I welcome the Government’s intent to ensure business works for all, not just the privileged few, but there is a risk of unintended consequences for some of the proposals.”

• Simple, long-term pay; no bonuses
Complex, opaque bonuses and long-term incentive plans (LTIPs) should be scrapped and replaced by long-horizon equity. Equity should be given to all employees, not just executives.

• Focus on pie-enlarging, not pie-splitting
Reform should focus on improving long-term firm value to benefit both shareholders and stakeholders, rather than changing the division of a fixed pie.

• Adopt a holistic approach
Where CEO pay is an issue, it is often one symptom of a broader corporate governance issue (e.g. lack of shareholder engagement). Reform should address the broader problem and be systemic rather than piecemeal.

• CEOs should be – and are – punished for poor performance
“No-punishment” claims are flawed – they ignore the size of CEO stakes which can lead to severe losses: a 10% fall in the stock price of a FTSE 100 firm is equivalent to a pre-tax pay cut of £1.5 million.

• Scrap pay ratio disclosure
This has significant potential to backfire because it will decouple pay from long–term performance, non-financial measures of worker welfare, and other stakeholders. In addition, firms may take actions to manipulate the ratio, such as outsourcing low-paid workers.

• Voluntary, not legislative, approach
Don’t punish all for the sins of the few. Legislation to accelerate change could interfere with widespread voluntary commitment to embed purpose in the C-suite.

“Given the risk of unintended consequences, it is essential to base any reform on evidence. My thoughts are grounded in rigorous academic research, which uses large scale datasets and, in many cases, demonstrates causation rather than correlation,” Edmans adds.

The government wants to make Britain one of the best places in the world to work, to invest and to do business, and the review aims to be part of a continuing framework of corporate governance that is admired across the world.