Faculty news Management Science and operations Rankings
Save to my profile 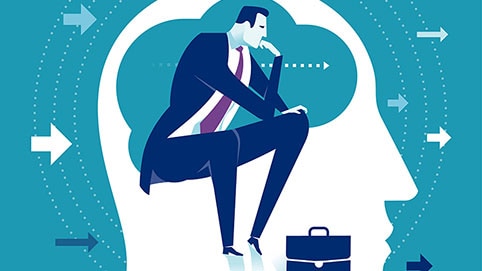 London Business School (LBS) is celebrating after five of its faculty were named in the prestigious Thinkers50 global ranking – more than any other academic institute in Europe. The ranking recognises the world's most influential management thinkers.

Herminia Ibarra, Professor of Organisational Behaviour, is ranked at 20 for being an authority on leadership and career development. She has written books such as Act Like a Leader, Think Like a Leader and Working Identity: Unconventional Strategies for Reinventing Your Career.

Next on the list (29) is Lynda Gratton, Professor of Management Practice and leader of the Future of Work research consortium. Professor Gratton’s 2011 book The Shift looked at how changing work patterns affect people worldwide, earning her a place on the shortlist for the 2013 Thinkers50 Global Solutions Award.

At 37 is Tammy Erickson, Adjunct Professor of Organisational Behaviour. She is an award-winning author and a leading expert on generations in the workplace, having written various books on the subject including Retire Retirement, What’s Next, Gen X? and Plugged In. Erickson serves on the board of two Fortune 500 companies.

Julian Birkinshaw, Professor of Strategy and Entrepreneurship, is ranked at 45. He is a leading authority on disruption and renewal in large established firms, issues that he consults on to executives around the world. Professor Birkinshaw has written 15 books including Reinventing Management (2010), Becoming a Better Boss (2013) and Fast Forward (2017), which advises companies on how to respond decisively to disruptive changes.

Meanwhile, Antonio Nieto-Rodriguez has won the Ideas Into Practice Award, which recognises people who have had a major impact on the world of business. The MBA graduate from LBS developed the Hierarchy of Purpose model, where organisations become more focused when dropping certain priorities while keeping others.