Latin America must be vigilant to avoid crisis

Events Finance
Save to my profile 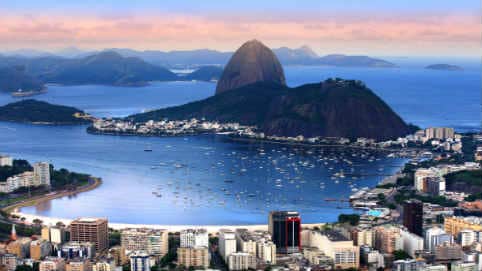 In the wake of the financial crisis, firms in all developing countries took on cheap debt at a time when emerging economies were driving global growth.

Adding to the region’s problems is the halving of foreign investment and the heavy outflow of capital from Latin America to other continents. “The flow of capital is negative for the first time since 1988,” Salinas said.

Investment from other countries totalled $548 billion (£377 billion) in 2015 compared to $1074 billion (£537 billion) in 2014, while the amount citizens invest in foreign markets is accelerating steadily year on year.

“In the medium term, any profits made are used to buy back equities and dividends instead of creating growth. There’s no physical creation of jobs,” said Salinas.

He added that companies were using this investment strategy to ease their foreign debt burdens. The concern is that businesses may be using their scarce resources to subsidise their creditors, or worse, exposing themselves to risk in foreign markets, according to the former president.

He also expressed concerns about China’s global impact. “If China is slowing down, the rest of the world is too,” he said.