Interest rate hikes on the horizon

Economics Banking
Save to my profile 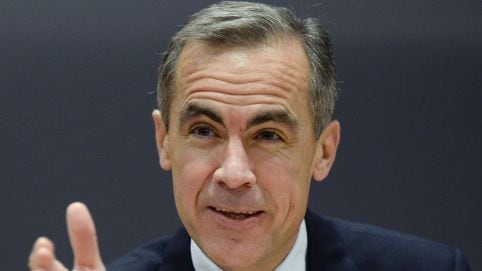 Mark Carney raised several economic eyebrows last week, when he gave his firmest indication yet the Bank of England will seriously consider hiking UK interest rates “at the turn of year”.

This is the first time the Bank’s governor has made a tangible projection and the timeline for a decision looks set to be shorter than many anticipated.

In fact, were it not for the force of uncertainty in a pre-deal Greece, members of the MPC would likely have been divisive in their last vote, the minutes released from its July meeting suggest.

Rates have been held at their record low of 0.5% for more than six years now, and it had been suspected that the middle of 2016 looked a realistic target to shift. But a sturdy economic recovery - exemplified by a pick-up in wage growth and rise in GDP - is only fuelling speculation that the shift will be brought forward.

A rate rise, of course, has powerful knock-on effects for both savers and borrowers, individuals and businesses.

“With regards to the first effect, the extremely low short-term nominal rates set by Central Banks were important to sustain the economy through a difficult period but the patient is now suffering from a bad case of addiction. The disease is mostly gone and the negative side effects are starting to weigh in, but it is afraid to let go.

“Of course when we stop administering the drug to the addict we risk inducing a bad case of withdrawal, particularly when expectations play an important role. If investors, firms, and consumers get nervous because they are worried that others will react badly, then we can have a strong reaction in the short term even if the underlying economic impact turns out to be small.”

Professor Gomes though is convinced there will be no cold turkey tactics adopted by rate-setters, who have kept a firm sense of graduality at the heart of their strategy.

“[Central Bankers…] have been talking about it for some time, to prepare the patient, and they keep postponing the decision whenever there are any signs of economic unrest. So maybe it will finally happen in early 2016, as suggested, but I wouldn't be shocked if there is a further delay.

“Central Bankers will carefully study how the markets, firms and consumers are responding before moving further.”

Meanwhile Professor Gomes expects the distributional impacts of a rate rise to be relatively mild for companies and families alike.

“We shouldn't expect credit to become significantly more expensive in the near term. Or, if it does it will be because economic conditions have noticeably improved. So firms will have higher profits and are thus able to afford higher costs of borrowing, and households will have higher earnings and consequently be able to afford the increased mortgage costs.”

According to Professor Gomes, another key reason Central Bankers are so keen to offer advanced warning for the inevitable rate rise, is so that investors have due time to rebalance their portfolios.

It’s a presumed truth that interest rate rises generally bring bad news for borrowers and good news for savers. But as Professor Gomes explains, this doesn’t take into account the fact “the market value of most bonds tend to fall as a result.”

“Non-fixed income instruments such as equities are also impacted, but historically we have had periods during which bonds and equities have co-moved positively and those during which the reverse has taken place,” he adds. “So some savers might also be adversely affected by the increase in rates, at least in the short term, depending on their portfolio holdings.

“For most borrowers this is less of a factor, only relevant if they want to reduce their levels of debt in which case they can now do so by paying off their existing debt under more favourable terms.”

Away from the immediate world of saving and borrowing, other areas will be directly impacted by what will be momentous economic steps in the fiscal plans of both the UK and US governments.

In the UK, we’ve already seen how the pound rose sharply following the release of MPC minutes, indicating that currency markets are hanging on every MPC murmur.

Also on Mr Carney’s mind will be the bond markets, and how a return from the historic low rates early next year will affect our recovery. But just how definite were his indications on timeframe?

Stefan Lewellen, Assistant Professor of Finance at London Business School, said: “We’ve all seen this movie before. In previous versions, the Bank talks about rate hikes but ultimately decides to stay the course.

“It will be interesting to see if the ending is different this time. The pound jumped and bond prices fell after Carney’s appearance before the Treasury Select Committee, but given the Bank’s past track record on raising rates, it wouldn’t surprise me if the market is only partially pricing in a rate hike.

“This means the pound could jump further and bond yields could rise further if the Bank follows through with an interest rate increase by the end of the year.

“Ultimately, market participants will be keeping a close eye on the Bank’s actions to see how closely they square with Carney’s recent statements. If the Bank makes further noises about a rate hike, I think you’ll see some additional upward pressure on bond yields and the pound as investors increase their expectations of an imminent rise in interest rates.”

These deliberations are not unique to the UK.

It’s widely reported the US Federal Reserve is getting close to raising interest rates for the first time in nearly a decade, perhaps as soon as September.

But there, as here, although the need for ultra-low rates is fading, policymakers want to keep their options open. Fed chair Janet Yellen is known to favour small, incremental changes in order to assess the effects at each stage.

In terms of global economic trends, Linda Yueh, Adjunct Professor of Economics, London Business School, believes the US decision to raise its rates will bring about the most significant impact.

"As interest rates begin to normalise in the US and UK likely within the next year, even while the Euro Zone and Japan continue to stimulate, there will undoubtedly be pressure on the rest of the world, particularly the countries that are pegged to the US dollar,” she comments.

“So, there will most likely be rate rises in those emerging economies that are linked to the dollar, even while some will struggle with boosting their economies at the same time.

“The great divergence in monetary policy will be a key theme in the global economy in the coming year.”