UK/Europe Brexit Government
Save to my profile 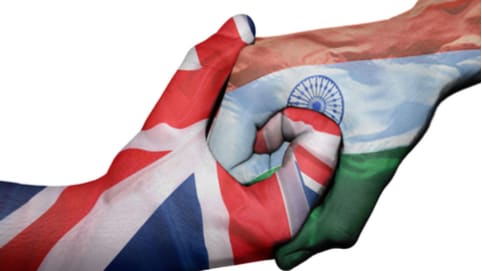 Indian diplomat Yashvardhan Kumar Sinha has called for a strong trade deal between India and the UK – but said Britain first needed to agree terms with the European Union (EU).

Talks over the UK’s divorce from the EU are ongoing and set to continue for the coming months. The EU wants that matter settled before discussing future trade terms with Britain.

Sinha, the Indian High Commissioner to the UK, believes the Brexit discussions could affect India’s trading relations with the UK. He was speaking at ‘India at 70: Opportunities and Insights for Business’, a London Business School (LBS) event hosted by the Aditya Birla India Centre.

“We can’t talk about or decide anything yet, because we don’t know what deal the UK will get from the EU,” he said. “This issue is important for manufacturers like Tata Group (investors in the UK) that need access to the European market.”

India is likely to become the world’s fastest-growing large economy in the next 10 years, according to Morgan Stanley. The global financial services firm expects the country’s annual GDP growth to stay at around 6.9% for the same period, driven by digitisation and globalisation. Its economy will be worth US$6 trillion (£4.52 trillion) by 2027.

Such growth makes India an important trade partner for the UK. But Britain’s immigration policy could be a sticking point for trade talks between the two nations.

In August 2017, the Office for National Statistics revealed that fewer than 5,000 foreign students stayed in the UK one year after their visa expired. The official figures led to Conservative and opposition politicians urging Prime Minister Theresa May to discount overseas students when setting Britain’s immigration target.

The Liberal Democrats’ leader, Vince Cable, accused the government of using unofficial figures to drastically overestimate the risk of foreign students staying in Britain illegally after their visas expired.

Sinha said: “The UK government is aware that the Home Office’s [immigration] policy was based on misperceptions and wrong data. I hope that will be corrected.”

Dominic Asquith, British Higher Commissioner to India, revealed that 90% of Indian students applying for higher education in the UK were granted a visa. “It was 83% in 2010 and has been going up since then,” he told the Hindustan Times.

The Aditya Birla Centre is an LBS research institute that provides academic insights on business in India.