How the UK can avoid a Brexit dispute

UK/Europe Politics Government
Save to my profile 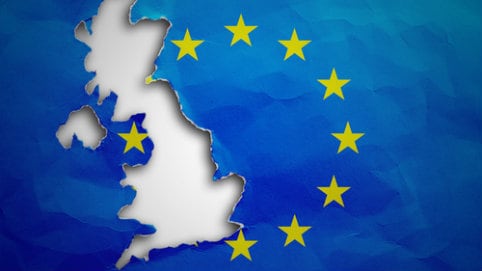 When Sir Ivan Rogers quit as Britain’s ambassador to the EU on 3 January 2017, his nation’s hopes of securing a good Brexit deal were dealt a blow. At least that’s how some political commentators reacted to the news.

But will the departure of an experienced negotiator really have a major impact on the UK’s ability to secure favourable terms? Gillian Ku, Associate Professor of Organisational Behaviour, says it may. “There seems to be some reason for concern,” she says. “I don’t know the specifics about the relationships he had with his EU counterparts, but here is a person who worked intimately in the EU system and had a good understanding of the people involved, their bottom-line conditions and alternatives and their concerns and constraints.”

Career diplomat and former envoy to Moscow Sir Tim Barrow was swiftly appointed as Sir Ivan’s successor. Dr Ku says he and Britain’s team of negotiators face a mammoth task. They need to understand EU legislation along with the interests of all 27 nations, their motivations and what they’re asking for, their alternatives and bottom-line conditions and who from the EU side has the most influence. Then, it’s about them finding common ground with their EU counterparts in order to strike a deal that satisfies all parties.

Sir Tim and his team also need to study the personalities, career histories and negotiating styles of their EU counterparts. “People who know each other negotiate differently to two complete strangers,” Dr Ku says. “If I like you, our negotiation could be much smoother. If I don’t, my guard could be up when I walk in the room.”

But reaching a compromise can be tricky when dealing with people who are only interested in their own agenda. “Sometimes you go into a negotiation and the other side just keeps saying ‘no’ to everything. How do you get past that? If you can understand their motivations, you may be able to reach an agreement rather than focusing on who’s right, what’s fair and who has power to force others to do something.”

There are many ways to handle a difficult person or party, according to Dr Ku. One is to name the tactic that the other side is using in their attempt to gain an advantage. For example, you can tell your counterpart they’re lowballing you if you think the offer is too low.

Avoid confrontation if you can

Another approach is to “fight fire with fire”, although Dr Ku suggests using this as a last resort. Taking a strong stance early on will likely lead to conflict. “You’re better off taking a softer approach to begin with and seeing how the other party reacts; then ratchet things up if they don’t respond.

“If you go straight to fighting fire with fire, both parties are in a win-lose mentality or they use threats, which makes it difficult to negotiate. Don’t let the other side push you around, but you also shouldn’t go in with guns blazing.”

One of the biggest challenges facing the negotiators is making sure the talks don’t reach an impasse. For Dr Ku, the tone will be set early on by how the British and EU representatives approach the talks. The question is: do they want an amicable resolution or is their goal to win at all costs?

“A dispute is where one side makes a claim and the other party rejects it. Negotiations are more about ‘log rolling’ and making concessions,” Dr Ku says. “There is a sense with these Brexit talks that the EU is saying, ‘You can ask for x, but I’m telling you upfront that we won’t accept that’. This puts you in a dispute situation, which can often lead to misunderstandings and misinterpretations. People tend to enter talks with negative feelings, which you don’t get as much in a negotiation.”

Parties involved in a dispute often focus on their perceived rights and power. The danger is that one or both sets of negotiators feel dissatisfied with what’s on offer. For more cordial talks, the EU and UK should focus on their own interests and motivations rather than what they think they’re owed. “If you focus on these rights and power, you’ll get nowhere,” Dr Ku says. “You’ll be in the realms of a dispute and won’t be able to get past ‘no’.”

The key thing for negotiators on both sides is to prepare exhaustively and be versatile throughout the talks. “If you’re prepared, you’ll see the likely compromises and challenges before the negotiations begin,” Dr Ku says.

“You need to be good at taking other people’s perspective and seeing the situation from the other side to understand their interests and motivations. Being well versed in negotiation tactics helps you to react on a minute-by-minute basis to what’s happening and what the other side’s doing.”