Finding a way forward for Greece 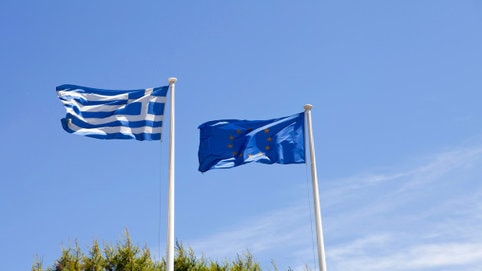 Beleaguered Greece failed on Sunday night to finalise a deal with its creditors and faces a desperate period of uncertainty over its future in the eurozone.

Prime Minister Alexis Tsipras vowed not to cave to pressure from lenders, who are demanding wide-reaching reform of budget targets, pensions and tax rates in return for the unlocking of a £7.2 billion bailout package needed before the end of June.

Ahead of Thursday’s meeting of European finance ministers in Luxembourg - an event at which it was hoped a deal could be struck - French President François Hollande admitted there is now “little time” to prevent Greece’s exit.

Investors have been spooked by the breakdown in talks and fears have been revived that Greece could default on its debts and drop out of the euro when its current deal expires in just days. And as more people take their money out of Greek banks, the ECB is more likely to shut Greece out of its emergency liquidity programme.

There is hope from some that a deal can be reached in time, although Richard Portes, Professor of Economics, London Business School, claims that even a late agreement would be unsatisfactory and unsustainable “unless it includes credible commitments on both sides to address the deep economic, financial and political uncertainties that confront Greece. The continuing focus on fiscal targets and debt is misguided.”

What is needed instead is a new direction. Leading economists at the School have published 'Greece: Seeking a way forward', a paper outlining the need for “a swift shift to the design of an efficient, realistic and truly reforming programme of economic adjustment.”

Last month, School economists hosted a conference bringing together key stakeholders, commentators and academics to inform the discussions in Greece and attempt to bring the parties closer.

Professors of Economics, Richard Portes and Lucrezia Reichlin, and Elias Papaioannou, Associate Professor of Economics, hosted the conference and published the paper based on the remarkable consensus reached.

Attendees agreed a definitive first point of action should be a final review of the current Greek programme, which was meant to conclude by the end of 2014.

Next is to agree on the goals and means for a follow-up programme which is “progressive and immune from the problems of the past.”

Underpinning both of these broader stages is the restoration of trust between the parties which the paper says has “evaporated” over the years.

And as Michael Jacobides, Associate Professor of Strategy and Entrepreneurship, London Business School, told CNN earlier this week: “The crisis in Greece is not solely the problem with the negotiations with the creditors, it is that people are neither investing nor consuming, so Greece is entering a septic shock, and we need that to be resolved one way or another.

“This is a really critical week for Greece.”

Aimed at a quick resolution to the ongoing crisis, the authors of Greece: Seeking a way forward, make immediate recommendations on the current programme.

They point out the importance of effective communication in raising legitimacy, improving relations between both government and backers, and government and the Greek public, while generating support for reform.

The target for this year should be to run a balanced budget with a tiny, primary fiscal surplus - committing to primary budget surpluses of 1.5% - 2.5% of GDP for 2016-2018. This could go further in the years ahead should growth actually resume.

In reality, while both the government and its creditors seem to agree on a primary surplus by the end of 2018, it is disagreements over how this is achieved over the intervening years that are proving a sticking point.

The conference emphasised how critical it is that parties agree on the key issues: early-retirement schemes, no deficit principle for supplementary pension funds (transition phase for associated cuts) and greater efforts to reduce social security contribution evasion.

Establishing priorities for the longer term was another key focus of the Greek conference and again, the results were overwhelmingly harmonious.

Elias Papaioannou, Associate Professor of Economics, London Business School, says: “The Greek product markets require substantial reform and a banishing of the red tape costs that clearly discourage investment both at home and from foreign markets.

“There is also a need to reform systems of tax collection, the judicial system and the need to address positively the weak positions of Greek banks.”

“Public administration”, Professor Portes says, “must be at the centre of a major reorganisation and restructuring, so as to improve substantially the administrative capacity of the state.”

With city analysts predicting that a Greek exit from the eurozone is increasingly likely, time could be running out. All eyes will be on Greece this week and Luxembourg where Eurozone finance ministers will meet on Thursday.