The world's most dominant social media player has apologised, but will it change? 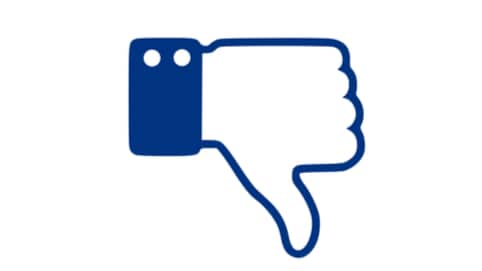 The Cambridge Analytica scandal may have cost Facebook its top five rating in the S&P 500 market cap club, but Facebook’s lack of competition could pave the way for future breaches, according to Nicos Savva, Associate Professor of Management Science and Operations at London Business School.

“Competition, or lack thereof, plays a big role,” he said. “I’m more worried about Facebook than other tech firms such as Google.”

Facebook has more than 70% of the social network market in the UK and over 85% of the global market share. “Although Google is just as dominant in the search engine market, Facebook may be in a position to get away with more than Google.”

Allegations that the analytics firm obtained data from 50 million Facebook users wiped out about US$95 billion (£67 billion) of the firm’s market value in two weeks. Facebook CEO Mark Zuckerberg has apologised, admitting the leaked data was a “breach of trust”.

“Facebook benefits from extremely strong network externality effects,” noted Professor Savva. In other words, additional users have a positive impact on the value of the service to others: people use Facebook because their friends use it, too. “This networking effect creates a monopoly. Lack of competition reduces the firm’s incentive to continually improve.”

Facebook is in a unique situation because, unlike Google, it would take a mass exodus of users to bring the platform to its knees. “The moment someone comes up with a better search engine, Google is toast. There's no reason you would stay. This risk provides Google a good incentive to keep improving.” This is what economists call a “contestable market”, he said. New entrants could wipe out Google overnight.

Facebook’s controversy comes at a time when public pressure is mounting on big tech companies due to concerns over fake news, rogue advertising and meddling in elections. The hashtag #deletefacebook is gaining traction on social media. People associated with Facebook are turning on the company. For example, Brian Acton, the co-founder of WhatsApp, which Facebook purchased for nearly US$20 billion (£14 billion) in 2014, publicly endorsed the idea that users should delete Facebook.

Last week, Commerzbank, Germany's second-largest bank, announced that it was pressing pause on its ad campaigns on the social network. It was later joined by US automotive retailer Pep Boys. In a statement, Pep Boys CMO Danielle Porto Mohn explained, “We are concerned about the issues surrounding Facebook and have decided to suspend all media on the platform until the facts are out and corrective actions have been taken.”

“Facebook users are the product of the network,” said Professor Savva. “But advertisers generate the positive cash flow so, therefore, they are the customers. Pressure from them, and threats to move their advertising to different digital channels, would be hard to ignore.”

Is Facebook worth our data? In 2016, Zuckerberg disclosed that the average person spent 50 minutes a day on the company’s Facebook, Instagram and Messenger. “As a back-of-the-envelope calculation, the market cap of Facebook is around US$414 billion. It has dropped by about 6% over a week. It had 2.2 billion active users in the last quarter of 2017 (active meaning they have logged in at least once a month). If you do a straightforward division, it suggests that each user’s data over their lifetime amounts to $200.

“It's not a huge amount of value when you think about it, but if you scale it up to 2.2 billion people it gives you a market cap that puts Facebook in the top 10 companies globally.

“As a customer, what do you get for giving $200 worth of information? You get to use the site for 50 minutes each day, on average, for the rest of your life. People might say that it's unfair, ‘Our data is too valuable’. But, actually, if you do the maths, I would certainly pay $200 over my life to gain access to Facebook – especially if I had assurances that my data wouldn’t be shared with third parties.”

Regulation will play an important role in improving the practices of major tech players, he said.

“The lesson is that tech giants like Facebook need to be more transparent about what data they collect, how they collect it and who they share it with. They need to be more selective and they need clear processes in allowing third parties to use data.”

As well as pressure from Facebook users and advertisers, legislation could be a powerful tool, “effective in instigating change”. “That’s where GDPR is useful,” said Professor Savva.

Such regulations could make it more difficult for organisations to collect data from users and customers, and to use it to target customers through third-party platforms such as Cambridge Analytica.