Finance Venture Capital Entrepreneurship
Save to my profile 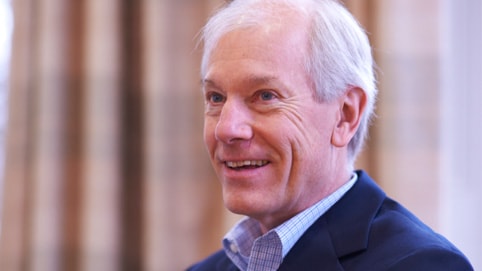 Asking customers to pay in advance can be the most sure-footed path to starting, financing, or growing a business, a London Business School expert explains.

Writing for Forbes, John Mullins, Associate Professor of Management Practice in Marketing and Entrepreneurship, London Business School, explains that businesses can fund growth and eliminate the need to raise any venture capital by asking customers to pay upfront.

Mullins cites the recent Tesla Model 3 launch. A reported 276,000 automobiles were sold last week in just two days, with eager buyers each placing $1,000 deposits in order to secure their orders.

Mullins explains: “Let’s do the maths. The $1,000 deposits on the 276,000 cars add up to more than a quarter of a billion dollars. That buys a lot of tools required to produce the new vehicle, maybe even a new factory. Some observers are speculating that Model 3 orders will soon hit 500,000 cars, putting a cool half a billion into Tesla’s bank accounts, more than a year in advance of delivery!”

“Tesla has torn a page from Michael Dell’s playbook. Dell’s pay-in-advance model – with customers paying for the PC when they order it, before Dell even builds it – means that, from the beginning, the company has its customers’ cash in hand to fund its business. In its early days, Dell’s home-grown operation was generating between $50,000 and $80,000 a month in sales.

“Though Tesla is no longer a start-up and has previously raised considerable amounts of venture capital, here Tesla founder Elon Musk has followed in Dell’s footsteps, in order to grow his business faster.”
The beauty of customer-funded models is that they can eliminate the need for venture capital, explains Mullins.

“Over the past couple of generations, the venture capital community has convinced the entrepreneurial world that writing business plans and raising venture capital constitute the twin centerpieces of entrepreneurial endeavour.
“They’ve done so for good reasons – the sometimes astonishing returns they’ve achieved and the incredibly large and valuable companies their ecosystem has created, for example, Apple, Google and Facebook.”

But the vast majority of fast-growing companies never use angel or venture funding, says Mullins.

“Are they on to something that most of today’s entrepreneurial ecosystem has missed?”

Mullins points out companies on the UK’s FastTrack 100 and the USA’s Inc. 5000 list, for instance, which never raise venture capital.

“If you’re an aspiring entrepreneur lacking the start-up capital you need, or an early-stage entrepreneur trying to get your cash-starved venture into take-off mode, a customer-funded approach can be the most sure-footed path to starting, financing, or growing your business.

“In the words of entrepreneur and angel investor Bernard Auyang of Shanghai, “The customer is not just king, he can be your venture capitalist too!””