After dominating the news cycles for a fortnight, COP26 has ended with a revised deal after a last-minute change to the text of the agreement regarding coal

School community Environmental Faculty news
Save to my profile

As Britain's COP26 President Alok Sharma rounded up the marathon negotiations telling delegates: "It is now decision time. And the choices you are set to make are vitally important" an eleventh-hour drama unfolded as China and India insisted that language on fossil fuels be weakened in the final summit decision text.

With no deus a machina coming to the rescue following this dramatic moment, what then is the overall sense of accomplishment as COP26 ends?

There were some positive moments, not least news that China and the US have agreed to boost climate co-operation over the next decade. News that more than 100 world leaders have promised to end and reverse deforestation by 2030, and that more than 40 countries have pledged to shift away from coal (notwithstanding last-minute interventions from India and China) are also both very welcome. But there is still perhaps an abiding sense that the messages from the IPCC report are not as deeply seated in the words, let alone the actions, of governments and industries as they might be. The gap between emissions pledges and emissions cuts cannot be bridged without, for example, a firmer stance on adaptation finance, and on solidarity and financial support from developed countries for developing countries.

Dr Ioannis Ioannou who is Associate Professor of Strategy and Entrepreneurship at London Business School and an expert on Sustainability Leadership, said of the latest climate summit that it has been “the most exclusionary climate summit to date, [and that it] ultimately but unsurprisingly failed.”

“This failure demonstrates that our current system of global governance is inadequate for addressing the existential crisis that we face due to climate change,” says Ioannis. “We need to rethink the system, and more specifically, we need to establish novel, innovative global institutions that will squarely focus on ensuring survival of life on Earth. This can only be achieved through a just transition to a low carbon economy. Unfortunately, current institutional structures are protecting vested economic and fossil fuel interests; interests that have undoubtedly dominated the conversation and ultimately, distorted the outcome of COP26. The fact that if fossil fuel lobbyists at COP26 had been a country delegation, they would have been the largest in attendance, speaks volumes about why this summit has failed us.”

Lucrezia Reichlin is Professor of Economics at London Business School and a trustee of the International Financial Reporting Standards (IFRS) Foundation and chair of the steering committee of the project working on the publication of a prototype climate and general disclosure requirements developed by the Technical Readiness Working Group.

On November 3, 2021 at COP26 in Glasgow, the IFRS Foundation Trustees announced the formation of the International Sustainability Standards Board (ISSB). This announcement is a commitment to consolidate the leading investor-focused sustainability disclosure organisations into the ISSB, and the publication of prototype climate and general disclosure requirements developed by the Technical Readiness Working Group, which was formed by the Trustees to undertake preparatory work for the ISSB.

Commenting on the announcement and setting it within the overall setting of COP26, Professor Reichlin, said: “The announcement at Glasgow by the IFRS of the establishment of a new international standard setting board for sustainability starting with climate is a game changer. It will bring transparency in companies’ reporting on matters that are essential for assessing the value of companies. Without comparable, transparent and assurable reporting standards at the global level the goal of mobilising private capital for the green transition will be impossible to attain and greenwashing will remain pervasive."

Rethinking the structure of our institutions

One principal aim of COP26 was for wealthy countries to agree their individual share of the $100bn annual transfer to low-income countries in order to help them put in place technologies that have zero Greenhouse Gas emissions, as well as helping them to mitigate and cope with the ecological catastrophes that will increasingly result from a climate breakdown.

It is sobering to think that the $100bn is a fraction of the £2trn the International Energy Agency say is actually needed.

Moreover, there are a number of outwardly insuperable hurdles countries have to overcome in meeting their pledges. These include dismantling and repurposing much of the physical infrastructure and financial arrangements that underpin the global economy.

For Dr Ioannou the response to these colossal challenges is to rethink the structure of our institutions and pay particular attention to who is controlling them and whose interests they serve.

“As I often tell my students, the most important thing that each one of us can do to advance a sustainable and inclusive future is to vote. To vote in office individuals that would diligently work to address the climate crisis that we found ourselves in. Importantly, nothing less than a seismic shift in the political landscape will get us there, given that the political system appears to be deeply corrupt, or incompetent, or both,” says Dr Ioannou.

Moving beyond the spectacle of Conference of the Parties summit series

“COP26 demonstrated that the focus on saving our planet cannot and should not be a once a year funfair or a PR circus,” says Dr Ioannou. “The climate crisis ought to become a daily conversation and ought to be reflected in daily actions at all levels. We cannot afford any further delays and we certainly cannot afford more failures. As many have noted, there’s no negotiation and there’s no compromise with science. Presenting a compromise, painful as it might have been, as a success is the ultimate act of being in dangerous denial. It’s unacceptable.”

As we begin to move on from COP26 it may prove to be that demonstrating our collective seriousness about achieving the 1.5C target has to be about much more than attending an annual event. Instead, it needs to be about the concrete steps which need to be taken to move faster to deliver a just transition away from fossil fuels and toward a cleaner and more equitable future for our planet. 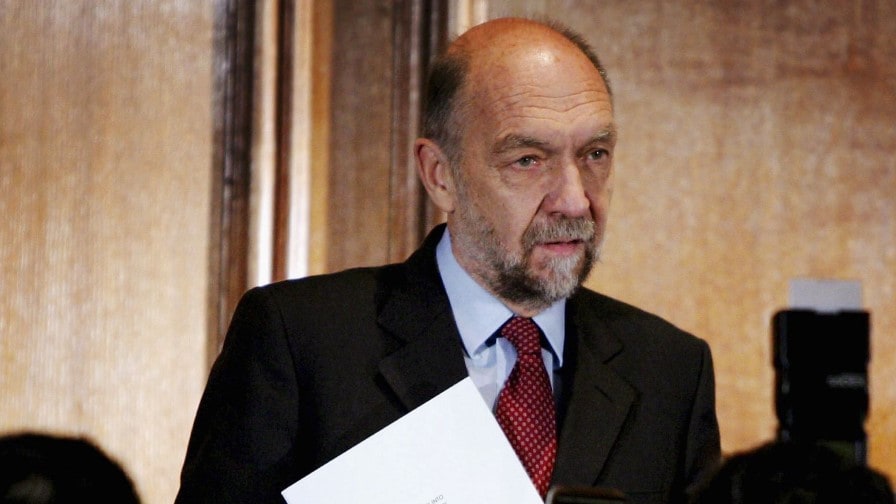