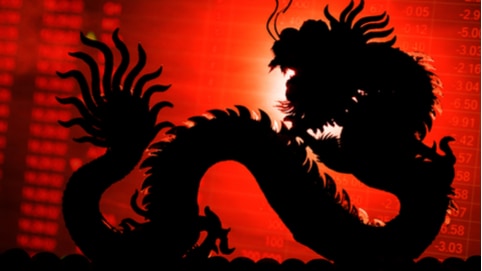 China will “stick to the path of peaceful development” to build stronger international ties that bring shared economic and political prosperity, according to Qin Zhu, Minister and Deputy Head of Mission at the Chinese Embassy in the UK.

When speaking at China Business Forum 2018, a London Business School student-led event, Zhu said that the Belt and Road Initiative (BRI) was integral to developing economies across the world.

The Chinese aim to boost trade and stimulate economic growth across Asia and beyond by investing hundreds of millions in infrastructure projects that connect China to countries around the globe. Nations that have joined the project include India, Pakistan, Russia, New Zealand and Poland.

Plans include pipelines and a port in Pakistan, bridges in Bangladesh and railways to Russia, helping create a “modern Silk Road” trading route to spark another era of globalisation.

There are two main schemes under the BRI: the Silk Road Economic Belt and the 21st Century Maritime Silk Road. The first is actually a sea route linking China’s southern coast to east Africa and the Mediterranean. The second involves a series of overland corridors connecting China with Europe via Central Asia and the Middle East.

Zhu said that the BRI, launched in 2013, was already generating more business for many nations. “We’ve seen US$5 trillion (£3.7 trillion) of trade, billions in direct investment and 75 trade and economic cooperation zones, creating 200,000 jobs, for countries along the route.”

The Chinese government is taking further measures to strengthen trading relations with other countries. China’s trade minister Zhong Shan said in January that China would make market access much easier for foreign firms. It would also protect the legitimate rights of overseas companies and create a “fair, transparent and predictable business environment”, he added without giving details.

Tariffs on imported cars will drop by 10% in July 2018 in a bid to make China’s car market more attractive to foreign manufacturers and spur automotive development.

China’s economy has grown significantly since the government opened up the country to foreign trade and investment in 1978. “This once poor country has gotten on its feet and embarked on the road to prosperity,” Zhu said. “We [China] accounted for just 1.8% of the global economy 40 years ago – that figure was up to about 15% in 2017. China is now the second largest economy and industrial nation, and the largest trader of goods.”

Zhu added that since 1978, China has attracted $1.7 trillion (£1.2 trillion) of foreign investment while spending $1.2 trillion (£900 billion) on overseas ventures, and taken 700 million of its people out of poverty. In 2017, China accounted for about 30% of world economic growth and strengthened relations with countries such as the UK. Trade between the nations reached $80 billion (£60 billion) last year, up from $300 million (£226 million) 40 years ago.

“The UK has always advocated free trade and is a firm supporter of the multilateral trade system,” Zhu said. “Against the rising tide of anti-globalisation and trade protectionism, the UK and China should join hands to play a leading role in international cooperation to uphold an open world economy and facilitate global trade.”

Environmental pollution and the disparity in income and development for China’s urban and rural areas are among the biggest challenges facing the country, according to Zhu. “We must address these issues in the years ahead,” he said.