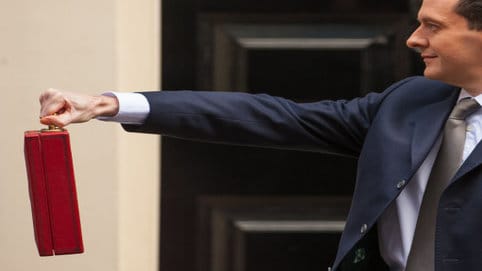 Pensions were at the heart of the Chancellor’s Budget announcement for the second successive year when he took to the despatch box earlier today.

While George Osborne grabbed headlines by unveiling plans to digitise the tax returns system and raise the personal income tax allowance to £11,000 by 2017, a shake-up of annuities was also promised.

With data from Ipsos Mori suggesting that around half the country’s voters are still unsure which party to back in the May general election, the Budget offered Mr Osborne a final opportunity to win public support.

From this spring, the nation’s over-55s will be given more flexibility over how they access their pension pots.

Rather than being herded towards annuity products, those with defined contribution pensions will be able to withdraw money from their retirement funds in a series of slices, or even in one go.

From April next year, he said existing annuity holders will be handed the opportunity to cash in the income which they receive from these products.

It is thought that as many as five million people could ultimately benefit.

While those with annuities currently incur weighty tax costs when selling on their income, Mr Osborne wants to replace these high charges with their marginal rate of tax.

Pensioners will be able to use the proceeds from any sale as they see fit.

A consultation will be launched to assess how a market for buying and selling annuity incomes could be set up.

Elsewhere, the Chancellor confirmed that the lifetime pension allowance is set to be reduced to £1 million next year, from £1.25 million. Meanwhile, this allowance will be indexed from April 2018.

While the annuity reforms might appeal to those hoping to free up their retirement finances, experts have warned that they may not always prove to be a good idea in practice.

He added: “Selling annuities may seem like a good idea. In practice, it is fraught with difficulty.

“Annuities are an insurance policy; they give you income until you die. Those who issue annuities know some people will live a long time, but others will die earlier; the annuity payment, is based on average life expectancies.

“But suppose in the future, someone discovers they only have a short time to live. Can they then just sell their annuity?

“Presumably no-one would buy it without a medical. And how is it to be policed so that payments stop when the person who sold the annuity dies. That’s an administrative headache. And how will we prevent vulnerable old people from selling their pension annuities and then running out of money later?”

Mr Pitt-Watson believes that both the Coalition Government and those in Opposition have created continuity in many areas of pension policy.

However, he concludes: “Ideas for pension reform which are announced in haste are too often repented at leisure.”

By 2017/18, he said additional savings of £30 billion will need to be made, with Government departments accounting for £13 billion of this.

Some £12 billion will also have to be shaved from the welfare budget, while £5 billion will come from anti-tax avoidance measures.

During his Budget statement, the Chancellor also announced:

- The annual tax return will be replaced with automatic digital tax accounts.

- A £1.3 billion support package for the North Sea oil and gas industry will be launched.

- A Help to Buy ISA will be launched, offering first-time buyers the chance to save towards a deposit with the Government’s support.

- More freedom will be offered over ISAs, so people can take money out of their account and then put it back in later, without losing their tax benefits.

- A £1,000 tax-free allowance will apply to the interest which people build up on their savings from next April.