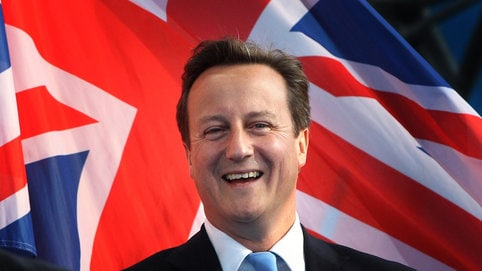 David Cameron appears to have paved the way for six months of behind-the-scenes talks renegotiating the terms of Britain’s membership of the EU.

The Prime Minister wants to agree reforms before holding an in/out referendum in 2017, and used the early stages of the two-day European Council summit in Brussels to gather momentum for his flagship project.

Pushing the ‘Brexit’ conundrum onto the formal agenda has been noted as a “significant milestone” by Mr Cameron, who faced an uphill challenge in this, his first leaders’ summit since re-election.

This was meant to be a meeting focussed on the future of eurozone governance, but the minds of the 28-nation bloc leaders were elsewhere - namely Greece and its spiralling debt crisis, and the surge of migrants entering Europe across the Mediterranean.

So yesterday morning Mr Cameron completed a whirlwind diplomatic effort to speak to all fellow leaders about his plans before the summit officially opened.

In seeking an opt-out from the EU’s founding principle of ‘ever closer union’, comparisons are being made to the John Major parliament of 1991 – whose opposition to social provisions in the Maastricht Treaty led to the UK losing the opportunity to vote directly on its policy changes.

Commentators are beginning to wonder if Mr Cameron will create similar history on Europe in our time. Either way, Europe looks set to dominate his parliament the way it did Major’s.


But how are UK-based businesses feeling ahead of what promises to be an uncomfortable couple of years?

Recently a 26-strong band of high-profile business leaders, including Sir Richard Branson, wrote to The Times to report the view that it is “overwhelmingly in Britain’s interest to remain in the EU”. They urged Mr Cameron to negotiate from within the union rather than by threatening to leave.

But what exactly is the Prime Minster asking for?

A buzz phrase for the early stages of this campaign has unmistakably been “a reformed Europe”. As well as an opt-out from the treaty aspiration of ‘ever closer union’, he wants safeguards and assurances for the City of London against single currency-bloc collusion.

Ultimately, he wants a declaration that Europe is about competition, not regulation.

This is a view echoed by businesses with a base in the UK - known for its success as a trading nation and the progressive global relationships which help its companies succeed.

Involving a series of discussions and shared insights from School academics - including Linda Yueh, Adjunct Professor of Economics – it also staged an on-the-day poll among attendees.

In response to the question, ‘do you think a UK exit from the EU would be a good thing for business?’ Yueh explained: “Over 80% said it would be bad for business if the UK left the EU."

In fact only 5% were undecided, with the other 12% in favour of a Brexit.

Tellingly in 2015, more than a third (38%) of business executives said the biggest risk facing global business was state collapse or crisis.

Meanwhile 73% do not believe governments, international legislators and regulators are creating a landscape conducive to doing business globally.

Linda Yueh, Adjunct Professor of Economics, London Business School, says: “The results from the survey show that business leaders want to see governments doing more to support how businesses actually operate, which for many, is increasingly internationally.

“As one measure, the UK could further promote greater services sector liberalisation in European and global markets, which would benefit the largest part of the British economy that employs the most people.”

Europe as a region is by far the biggest of the UK’s trading partners, and the combined EU market towers above that of the US and China.

The root of business fears seem fairly straightforward – why would other powerful economies forgo the ability to trade with a market of 500 million people in favour of the UK’s 64 million.

British businesses fear a split from Europe would bring serious damage to their long-term prospects, diminishing the ability to attract new companies to set up and employ people in the UK.

Perhaps the biggest fear is the level of uncertainty a vote to leave the EU would leave the UK’s markets in. Inward investment would be tipped to take a large dip, while the City of London – Europe’s main financial centre – would lose an element of its attractiveness.

Meanwhile in comments clarified as staunchly “apolitical” and not about Mr Cameron’s EU aims, the Queen has warned that “division in Europe is dangerous”.

Made in the company of Mr Cameron and German Chancellor Angela Merkel at a state banquet in Berlin, Her Majesty’s speech drew on her own personal experiences of seeing “the worst but also the best of our continent”.

"But we know that we must work hard to maintain the benefits of the post-war world,” she added.

German President Joachim Gauck became another high-profile figure to use his banquet speech to set out that the EU needs the UK. He said it would support a "constructive dialogue" on the reforms Mr Cameron wanted.

"As a good partner, Germany will support this dialogue,” he added. "A united Europe, a strong European Union, represent stability, peace and freedom - for us all."