Brexit Politics Government
Save to my profile 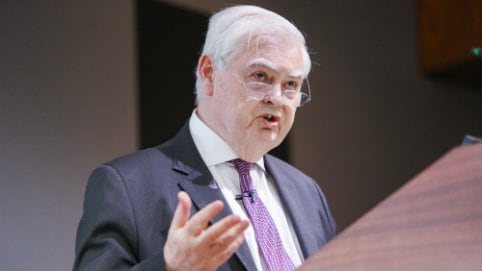 Britain should be prepared to walk away from trade talks with the European Union if the deal on offer is unsatisfactory, according to the UK’s former chancellor of the exchequer, Lord Norman Lamont.

“I don’t think it would be very sensible to have 9.7% tariffs on cars going in both directions across the channel, but Britain could survive,” he said. “Many countries that trade with the EU do so on WTO terms.”

But Lord Lamont insists a mutually beneficial deal is the best outcome for all parties.

Lord Lamont, a pro-leave supporter, believes striking trade deals with countries around the globe will be easier and more profitable for Britain once it exits the EU.

“Britain will [after leaving the EU] be in a better position to negotiate free trade deals,” he added.

When talking about the future of financial services, Lord Lamont referred to recent comments made by Germany’s Wolfgang Schäuble. The German finance minister said that a weakened London would be to Europe’s disadvantage, as financial services firms might move to New York or Asia rather than Paris or Hamburg.

The fate of EU citizens was also discussed. Lord Lamont believes that British Prime Minister Theresa May and Europe’s chiefs want to protect the rights of British people living in EU countries and of Europeans from EU nations who reside in Britain.

“If we look at the official documents that the European Commission has put forward, the guidelines for the EU’s negotiations have a huge amount in common with the approach adopted by the British government.

“One of the European Commission’s concerns is that EU citizens resident in Britain should have full rights to live here. That can very easily be agreed. Mrs May wanted to agree that up front before the negotiations began.”

On the controversial £84 billion divorce bill for Britain’s exit, Lord Lamont said that the UK almost certainly had no legal obligation to “pay a penny” once it left the EU.