As the curtain closes on Brisbane 2014, we look at why the US would be wise to reconsider its stance on IMF reform and the other issues which shaped this year’s G20 summit. 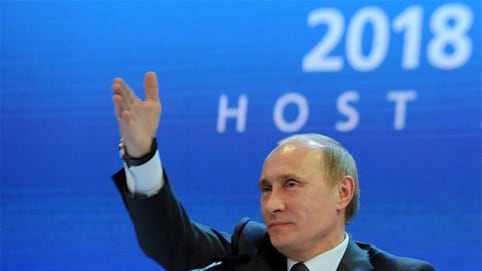 The annual meeting of the G20 came to a close on Sunday with 4,000 delegates heading home from a weekend of worldwide economic debate.

Under close scrutiny this year was the commitment by all member nations to develop policy for global growth, with the target of 2% GDP uplift over the next four years.

While host nation Australia was keen to keep the focus on this flagship topic, issues over climate change and continued problems in the Ukraine inevitably threatened to steal the limelight. Russian president Vladimir Putin even left the Summit early on Sunday - having faced pressure over his support for secessionists in eastern Europe - citing the need for sleep.

Meanwhile, ongoing tensions over reform of the International Monetary Fund (IMF) were also brought to the fore with continued US reluctance to ratify any changes in legislation met with much disappointment, particularly among leaders of the emerging BRICS countries.

“Potentially disastrous for US”

Stefan Lewellen, Assistant Professor of Finance at London Business School believes the US’s tough stance on the re-allocation of member quotas will ultimately prove detrimental both in terms of its own standing and that of the IMF as an institution.

Dr Lewellen says: “The agreed reforms would increase the global financial commitment to the IMF and would give emerging economies like China and Russia a larger voice in the IMF’s governance. Many Republicans in the US Congress do not want emerging economies like China and Russia to play a larger role in the governance of the IMF. That’s why they’ve dug in their heels against reform.

“The Republicans would be wise to reconsider their position. Right now, the IMF is crippled as an institution. If the US doesn’t move ahead with the agreed reforms, other countries may begin to seek alternative solutions that would erode US power even further than under the proposed reforms.”

Dr Lewellen points out that this is already talking place; with China, Russia and other developing economies having launched a new monetary fund back in July, primarily intended for emergency measures.

“However, if the U.S. continues to stonewall the agreed reforms, other countries may begin to view this fund as a potential alternative to the IMF,” he adds.

“The creation of a viable alternative to the IMF would be disastrous to US interests and would severely cripple the G20. Congress would be well advised to accept the realities on the ground and approve the agreed reforms before the IMF loses even more of its legitimacy as a global institution.”

Four years ago the G20 agreed to reform IMF members’ quotas and arrangements for governance - only for these to be vetoed and blocked by the largest quota-holding member, the US.

Such is the need for re-allocation - Belgium, for example, has a quota scarcely less than India’s and actually bigger than Brazil’s - leaders used the Summit as an opportunity to press the US on progress. They laid out a provisional end-of-year deadline for movement, before ramping up efforts further.

"The implementation of the 2010 reforms remains our highest priority for the IMF and we urge the United States to ratify them," the event’s communiqué said, adding that global economic institutions need to be effective, representative, and reflect the changing world economy.

It said if the reform "does not happen by the year-end, we ask the IMF to build on its existing work and stand ready with options for next steps".

The supposed headline discussion was concluded with the leaders revealing the expected proposals for ambitious global growth.

Equating to a boost of over $2tn (£1.2tn) to global GDP over the next four years - along with the promise of millions of new jobs - proposals set out in the new Brisbane Action Plan highlight short-to-medium-term structural measures.

Previously criticised as nothing more than a long-range commitment that would soon be forgotten, it seems countries have taken on board the need for a binding action plan.

Australia's Prime Minister Tony Abbott said countries will hold each other to account by monitoring implementation of their commitments to boost growth.

More than 900 proposals from individual states for the 2% target were submitted prior to the summit. The IMF expects the world economy to expand by a revised-down 3.3% this year, but the German delegation had claimed if pre-Summit proposals from G20 states were all implemented now, only 1.8% of this would be accounted for.

The communiqué from the summit revealed that leaders are planning a global infrastructure hub which will help match up potential investors with projects, in a bid to fast-track growth.

Plans to reduce the participation gap between males and females in the global workforce by as much as a quarter were also laid out.

Summing up, Mr Abbott said: "The G20 has delivered real, practical outcomes and, because of the efforts that the G20 has made this year, culminating in the last 48 hours, people right around the world are going to be better off.”