Brexit: do we stand a chance? 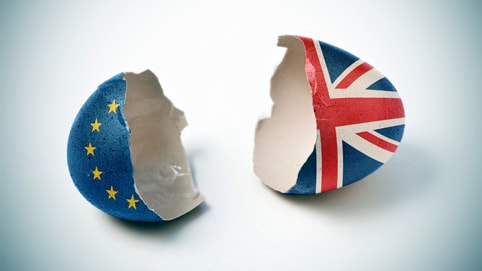 In the wake of the UK election, Britain is unlikely to get its own way in the Brexit negotiations, according to a panel of experts who spoke at a London Business School (LBS) event.

“The EU is very self-confident now,” said Charles Grant, Director, Centre for European Reform. “The Eurozone is growing fast, (Emmanuel) Macron is a powerful new figure who will revitalise the Franco-German relationship and (Donald) Trump and Brexit are creating solidarity amongst European governments. They (the EU) feel they’re not going to have to make any concessions at all. They laugh at the idea that anything could destabilise the Eurozone.”

The Brexit minister David Davis has already conceded to EU demands for a two-phase negotiation, though the EU’s chief negotiator Michel Barnier recently promised, "We will work all the time with the UK and never against the UK”.

Gideon Rachman, Chief Foreign Affairs Commentator at the Financial Times (FT), said: “The EU says, ‘We have no desire to punish you but these are the logical consequences of what you’re doing’. They think we’re being super-aggressive and we think they’re being super-inflexible.” He said he was encouraged to see British Chancellor Philip Hammond talking explicitly about the dangers of the cliff edge. “The idea of walking away without a deal is not realistic.”

Grant said the EU sees Theresa May’s “No deal is better than a bad deal” as an empty threat. “They just don’t believe that. It would be bonkers for the UK to leave the EU without a deal at all, because the financial markets would go haywire. But what matters to the EU isn’t economics or business; it’s the principles, the strength of the institutions.” Angela Merkel, the German Chancellor, has stated that the EU’s priority is the unity of the 27 countries that will form the union once the UK has left.

The Brexit talks would in practice take the same course as a typical EU enlargement negotiation, according to Grant. “After a couple of years the accession country has to take the terms they’re given. It’s called negotiation but it’s not really. Frankly, Brexit is going to be similar. Crashing out without a deal would be so bad for the British economy that it’ll have to give in.”

There was now a chance of a softer Brexit, Grant continued. “The good news is that Brexiting ministers like Michael Gove, Boris Johnson and David Davis are quite liberal on migration so it’s likely the restrictions we impose will be pretty soft, certainly on skilled workers. Mrs May will lose the argument on that.”

The Tory Prime Minister should now collaborate with Labour politicians, he suggested. “The only way forward is to reach out to the opposition and set up a cross-party commission whereby broad consensus can be reached on the Brexit objectives. It’s up to (Labour leader) Jeremy Corbyn as to whether he’ll go along with that.”

Sir Martin Donnelly, former Permanent Secretary, Department for International Trade, suggested there might be some wiggle room around the EU’s €60 billion  divorce bill. “The EU does need the UK’s budget contribution up till 2020 as a minimum. The idea that the hole could be filled in any easy way is massively difficult for the EU.” The negotiations are a beginning, not an end, he stressed. “The Brexit process is not a door that you go through. It opens a wider set of issues. All the options involve consequences.”

Asked whether any sectors of the UK economy could benefit from Brexit, Sir Martin said: “Data management presents an opportunity.” For many, however, the post-Brexit future looked bleak. “The car industry, aerospace and farming will all be badly damaged by delays at the border.”

Winters was downbeat when asked what would happen to EU funding for Wales. “If I was the receipient of the £680 million, I’d be worried.”

The Leading Minds event was chaired by Linda Yueh, Adjunct Professor of Economics at LBS, who suggested the UK’s negotiators faced a trilemma. “After leaving the EU, Britain will have to choose between the Single Market, forming a customs union with the EU or negotiating its own trade agreements. It’s beginning to look like you can only have two of the three.”

L. Alan Winters, Professor of Economics at the University of Sussex and Director of the UK Trade Policy Observatory, said that Brexit has become a wider and riskier issue post-election. “There’s more space up at the optimistic end if you’re a Europeanist, but more weight down at the bottom end – and it could all collapse in a heap because it’s so complicated and the clock is ticking.”

Looking ahead, he said: “One thing almost everybody is agreed on is we will not have a trade agreement signed 21 months from now.”