Brexit a historic mistake but it's time for damage control 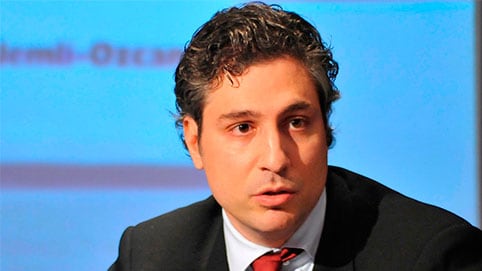 A London Business School expert is among a prominent group of economists calling for damage control, particularly in relation to the euro, after a referendum result they describe as “a historic mistake”.

Elias Papaioannou, Professor of Economics, London Business School, is one of 24 authors of a Vox EU article ‘Making the Eurozone more resilient: What is needed now and what can wait?’, which argues that Brexit was a historic mistake, but that we “must now turn to damage control – especially when it comes to the euro.”

Brexit was the latest – but certainly not the last – shock that will challenge the monetary union.

The question is: is the Eurozone resilient enough to withstand the shocks that it is likely to face in the months and years to come?

“For many observers,” Papaioannou says, “the answer is “no”. To survive the next bad shock, they argue, Europe’s monetary union needs major reform and deeper political integration. As such deeper integration is extremely difficult in today’s political climate; pessimism is the order of the day.”

But Professor Papaioannou and his co-authors don’t share this pessimism.

“The Eurozone’s construction has surely followed a convoluted process, but the fundamental architecture is now in place,” he says.

Banks and the financial system

A good financial architecture for the Eurozone which can reduce the bank risk and contain the broader effects of defaults in the event of a future, bad shock, is largely built, the authors claim. Supervision is improving, stress tests are more credible, and the Single Resolution Mechanism is in place. The Single Resolution Fund can provide some recapitalisation funds if and when needed, and if these are not enough, the European Stability Mechanism (ESM) can, within the context of a macroeconomic adjustment programme, add more.

What we need most urgently, Papaioannou and colleagues say is to ensure that bail-in rules, already defined, can be enforced.

“First, non-performing loans have steadily increased and are carried on the books at prices substantially above market prices. Second, the Italian government has proven very reluctant to apply the bail-in rules. The credibility of the rules is at stake. Either they have to be applied, or credibly modified.”

Reducing the risk of default is best achieved through a combination of good rules and market discipline. “Neither is really in place,” Professor Papaioannou explains.

“The accumulation of rules has made them unwieldy, unenforceable, and open to too many exceptions. They can and should be simplified. In most countries, the level of expenditure – rather than the deficit – is the main problem. High expenditure makes it difficult to raise taxes and balance the budget, leading to dangerous debt dynamics.”

The European Stability Mechanism is tasked with dealing with default. “But”, Papaioannou and colleagues explain, “it’s ‘firepower’ is too small compared to the sort of shock-absorbing operations it may be called on to undertake in the case of a large Eurozone nation getting into debt trouble. Second, given its current decision-making procedures, markets cannot be sure that action will be taken promptly. Higher funding or higher leverage, and changes in governance such as replacing the requirement of unanimity by a more flexible one, are needed to make the ESM able to respond quickly and fully to a country in trouble.”

“One step that could be taken soon is a clearer articulation of how to combine the two. This would clarify the role of the ECB, and eliminate a source of criticism about the allocation of roles between the ECB and other Eurozone structures such as the ESM. The resulting clarity would make it easier for markets and investors to be assured that Europe’s monetary union could deal effectively with any future shocks,” Papaioannou says.

While there is much work cut out over the long term to secure Eurozone stability, these immediate measures, economists argue, should not be delayed. Now in this time of uncertainty, is a moment for decisive and constructive action.