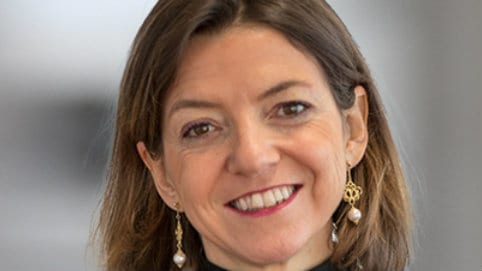 Laurence Boone has been appointed Chief Economist at the Organisation for Economic Cooperation and Development (OECD). She will oversee the economics department and represent the body on issues affecting economies around the world.

The French national, who has a PhD in Applied Economics from London Business School, will join Angel Gurria, the OECD’s Secretary-General, on the International Monetary and Financial Committee. Boone will also work with Gabriela Ramos, OECD Chief of Staff and Sherpa to the G7 and
G20 meetings.

“As OECD member countries and partners see their economies recovering from the crisis, now is the time to not only maintain momentum but seek new and inclusive approaches to growth,” Gurria said. “Boone’s leadership of the OECD’s economic team will be a vital part of our effort to rebuild the multilateral system for a new age.”

Boone has a masters in economics and postgraduate diploma in modelling and quantitative analysis from Université Paris X Nanterre. She began her career at Merrill Lynch Asset Management, before becoming a researcher at CEPII, France’s economic research institute. Boone was also chief economist at Barclays Capital France and managing director of European economic research at Bank of America Merrill Lynch.

More recently, Boone was special advisor for multilateral and European economic and financial affairs and G20 Sherpa to former French president François Hollande. The role involved managing G20 negotiations on behalf of the president and overseeing relations with EU member states/institutions and the IMF.

The OECD, which was founded in 1948 to manage the Marshall Plan to rebuild Europe after World War Two, produces policy recommendations and economic forecasts for its 35 member countries.