Entrepreneurship
Save to my profile 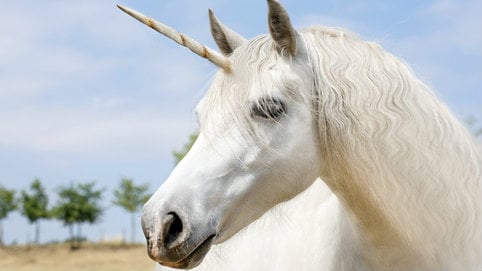 Market hype, unsustainable valuations and excess venture capital funding are putting an end to the unicorn phenomenon, according to John Mullins, Associate Professor of Management Practice in Marketing and Entrepreneurship at London Business School.

Writing in Forbes, Mullins says that Unicorns – private companies valued at $1 billion or more – are now being marked down in value by investors, leading to speculation that a unicorn shakeout is coming, and to the coining of the term ‘unicorpse.’

At a recent event at the School’s Regent’s Park campus, Mullins said that the valuations of companies like Snapchat and Living Social were set too high to be sustainable.

“Take Living Social – venture capitalists were enamoured with their ability to support local businesses through daily deals, giving them more than $800 million in investment capital and a valuation of $6 billion. The company explored going public, but today they’re definitely more unicorpse than unicorn,” says Mullins. Living Social never filed for an initial public offering and was last valued at $48.4 million. Its workforce has fallen from some 4,500 at its peak in 2011 to around 800 today. Its larger competitor, Groupon, did go public, and now trades at a grim 85 percent discount to its IPO price.

Social messaging app Snapchat’s value nose-dived by 25% at the end of last year, as major investor Fidelity marked its value down.  Dropbox has suffered a similar fate.

According to Mullins, the unicorn phenomenon has only strengthened the already pervasive myth that venture capital is the only way to raise funds to start or grow an entrepreneurial venture. “Growing businesses need funding, and many will raise funds from some sort of venture investor,” he says.

“But now ‘unicorpses’ are providing evidence that there are drawbacks to the kind of hollow growth that VC can provide. Taking the time to find the right type of capital to match the specific needs of your company can be a much better idea.”

Mullins, who is author of The Customer-Funded Business (Wiley 2014) and leader of 'How to Finance and Grow Your Startup - Without VC',  a new London Business School MOOC, explained that raising capital constitutes only a small part of what is usually a very long and tough journey, and is only the means to an end, rather than the end itself. “And it can be a major distraction from running the actual business,” he argues.

“More than two generations ago, the venture capital community convinced the entrepreneurial world that writing business plans and raising venture capital was the only way,” Mullins says. “They did so for very good reasons: the sometimes astonishing returns they’ve delivered to their investors and the incredibly large and valuable companies their ecosystem has created. But most fast-growing companies never take any angel or venture funding.”

Mullins believes that asking customers to fund businesses, by paying in advance, for example, is a time-tested yet under-appreciated way to get start-ups off the ground.

“Customer funding is not widely understood,” he said. “But people like Michael Dell, Bill Gates and Richard Branson have put it to good use. It’s about time entrepreneurs started to question how appropriate VC funding is for their business and look to alternatives, like their customers, instead.”

'How to Finance and Grow Your Startup - Without VC', is a London Business School MOOC in association with Coursera and the University of London and launches on 12 April 2016. Enrolment is free of charge.