AI will boost the importance of human judgement 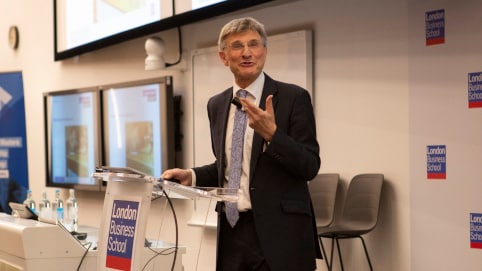 The idea that advances in AI will eliminate judgement-related work fails to consider the limitations of AI, Sir Andrew Likierman, Professor of Management Practice at London Business School (LBS), has argued.

“It is the jobs that involve judgement that will thrive,” he said.

Speaking at the School’s Sammy Ofer Centre as part of a celebration to mark 50 years of the LBS Sloan Masters in Leadership and Strategy, Sir Andrew highlighted three areas where machines might look as if they could exercise human judgement: unsupervised learning, reinforcement learning, and deep learning with neural networks.

But he pointed out that the key judgement processes in each, such as goal-setting, training data, controlling data quality and interpretation, could only be performed by people.

Sir Andrew acknowledged that change was inevitable and AI had much to offer, and drew on the legal profession to illustrate judgement’s continued value.

“The key to what the legal profession will have to offer in an AI world is judgement. That’s what’s going to be left after many of the mechanical tasks such as document checking are gone and basic information is readily available on the web,” he said.

“Judgement is one of the most important things that human beings have to offer, alongside such qualities as creativity and empathy. That needs to be better recognised by organisations and individuals. But it’s seen as difficult to measure. My work is intended to remedy that.”