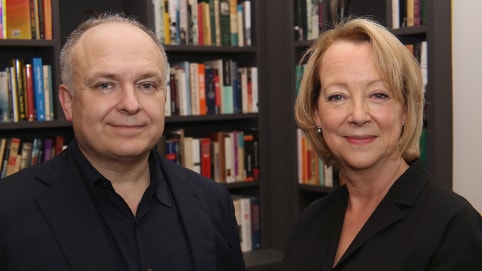 Popular misconceptions about older employees need to be abandoned as we live and work for longer, two London Business School experts urge.

Lynda Gratton, Professor of Management Practice, and Andrew Scott, Professor of Economics, London Business School, argue that business needs to embrace the opportunities that living longer presents. The professors explore the idea in their latest book The 100-Year Life: Living and Working in an Age of Longevity, which was featured in an Amazon bestseller list.

“Ageist views about older workers feeling tired, lacking motivation or looking forward to retirement do not ring true,” says Professor Scott, who together with Professor Gratton surveyed more than 10,000 people on longevity as part of the book’s launch.

More than half of over 45s (60%) are already investing in new skills as they prepare to remain in the workforce for longer, their research reveals.

“As we live longer, life will no longer comprise of three stages – education, work and retirement. The multi-stage life will see more people switch careers, travel and take career breaks,” says Professor Scott. “But they also want to invest in their professional development and upskill themselves.”

Around two thirds of respondents said they felt their skills began to plateau once over the age of 30.

“As people work much later in life, employers need to re-think how they offer new experiences and opportunities to develop new knowledge,” explains Professor Gratton.

“Longevity will encourage ‘juvenescence’, meaning people will feel younger for longer,” says Professor Gratton. “People feel optimistic about a longer life and are energised by the prospect.”

More people under the age of 45 said they were exhausted (43%) than those over the age of 45. In contrast, the least exhausted age group were those over 60. The research also reveals that the proportion of adults who exercise rises with age – half of 18 – 30 year olds (52%) say they work hard to keep fit. This figure rises to 65% of people in their 60s and leaps to 71% of those aged 70 or more.

“Employers need to reflect the optimism felt by ageing demographics,” says Professor Gratton. “Ultimately, we want people to recognise that longevity is a gift – not a curse.”