Words of comfort and support

Steve Coomber
Organisational behaviour
Save to my profile 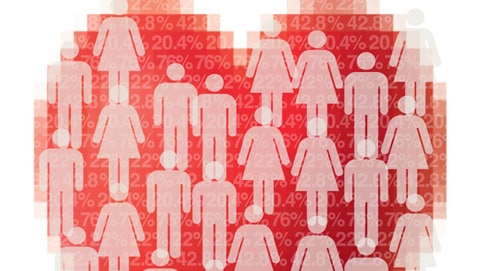 Witness an act of prejudice and, if you are not a member of the minority group being victimised, research suggests that you are unlikely to respond or offer support at the time. There is a good chance, however, that you might feel like expressing support afterwards. That might have been hard in the past, but now the widespread use of social media provides millions with the opportunity to offer comfort to the victims of prejudice.


A good example of this trend is the non-profit It Gets Better Project, which supports lesbian, gay, bisexual and transgender (LGBT) youth who are victimised because of their sexuality. The project includes a YouTube channel where people leave messages of support. But is this kind of support effective? This a question investigated by Aneeta Rattan, Assistant Professor of Organisational Behaviour at London Business School and her co-author, the late Nalini Ambady, a professor at Stanford University, California, in the ground-breaking paper ‘How “It Gets Better”: Effectively Communicating Support to Targets of Prejudice.’

Their research examines how members of stigmatised groups respond to messages of support from people who are not targeted by prejudice. Messages of comfort for the targets of prejudice often fall into two types, the authors argue. Some focus on social relationships, express concern, and show that the targets of prejudice are liked and accepted – social connection messages. Others emphasise the need for reducing prejudice and advocate societal changes in attitude – social change messages.

The authors conducted a number of studies examining the prevalence and effectiveness of these two types of message. The first study used the top 50 viewed videos offering messages of support on the #ItGetsBetter channel on youtube.com, as at December 2010.

A follow up study with 179 heterosexual undergraduates asked to write messages of support that would “remind teenagers in the LGBT community that it will get better,” had similar results. Of the students communicating messages of comfort, 42.8 per cent communicated favoured social connection messages, while 20.4 per cent, sent a social change message.

In other words, when people unaffected by prejudice choose to offer comfort to the victims of prejudice they usually don’t choose the most powerful and meaningful way to express that comfort. They talk about acceptance, and about victims of prejudice eventually finding a group of supportive friends, for example. A more comforting message, from the perspective of people who are targets of prejudice, would be one that also addressed the need for society to change its attitudes.

Indeed, this apparent preference for social connection messages when offering comfort may actually be a barrier to change, suggest the authors. Framing comfort messages in terms of eventually finding a place where you fit in better, rather than in terms of the need for society to change, may help preserve the status quo. So next time you want to offer a message of comfort to the victims of prejudice, be sure to frame it carefully.

Rattan, Aneeta, and Ambady, Nalini, ‘How ‘It Gets Better’: Effectively Communicating Support to Targets of Prejudice’, Personality and Social Psychology Bulletin (April 2014)