What if we just think differently?

The starting point for the UK-based innovation company, ?What If!, was the belief that corporations unintentionally stifle innovation.

The starting point for the UK-based innovation company, ?What If!, was the belief that corporations unintentionally stifle innovation. It has blossomed into the largest independent innovation company in the world. Julian Birkinshaw and Des Dearlove examine the reality behind the big question. 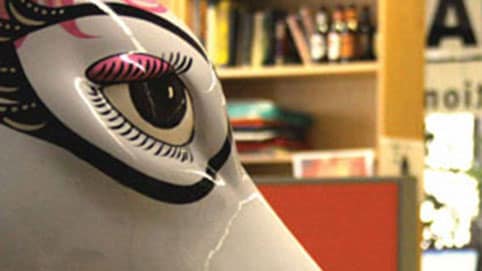 In the early 1990s, two young marketing executives at Unilever, Matt Kingdon and Dave Allan, became increasingly frustrated with the bureaucracy in corporations. Big corporations, they believed, had inefficient and damaging approaches to managing innovation, especially new product development. Kingdon and Allan decided to do something about it. Their response was to set up a new sort of creative agency “to help super tanker corporates become innovation speed boats.” Over the next few months, the creative duo scraped together £20,000 in start-up funding. All they needed now was a name.

Company folklore has it that the ?What If! moniker came from an informal brainstorming session on a beach. “Someone said they liked the word if, then someone else said ‘yeah, as in what if,” Dave Allan recalls. ?What If! began trading on September 28, 1992, from a small office in Pimlico in London. In 1994, Kristina Murrin, a former brand manager at Procter & Gamble, and Daz Rudkin, another ex-Unilever marketing manager, joined Kingdon and Allan. (Rudkin has since left to start his own business. Murrin remains involved but has independently written books on parenting and hosted her own TV show). Together, these hardened marketing professionals grew a multimillion-pound business by harnessing the power of human imagination.

Today, it has grown to become the largest independent innovation company in the world. With offices in London, Manchester, Sydney, Shanghai and New York, the company employs almost 300 people and carries out work in over 40 countries.

A bit of an oddball

In 2002, Canadian-born Shelli Baltman joined the company from the consulting firm McKinsey and Company and, in January 2007, became managing director of the company’s UK business.

“I am a bit of an oddball here,” she explains. “I have an MBA, and I was a strategy consultant with McKinsey in London; I did some IT strategy work as well. My CV was absolutely not what we normally hire. So, when they recruited me, my former boss said it was like hiring David Beckham for your cricket team. It’s true, I didn’t have any of the traditional skill sets that they had. I had to learn all about innovation and branding and consumer insight and all of that stuff.”

Baltman was also converted to the new company’s style of managing. What does that mean? ?What If! is all about:

From the start, Kingdon and Allan recognized the need to change management behaviours to help free imagination and encourage innovation in companies.