When social networking collides with the corporate Intranet

There is a deep gulf between the practices of the corporate IT network and the organism of today’s Intranet.

Julian Birkinshaw
Telecommunications, Media and Technology Strategy and entrepreneurship
Save to my profile

There is a deep gulf between the sterile, one-way and almost Orwellian practices of the corporate IT network and the rapidly-evolving, chaotic organism of today’s Intranet. 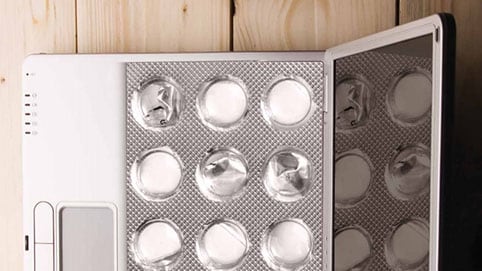 What would it look like if the social world of Web 2.0 collided with the corporate Intranet? What would happen if information was disseminated from outside in, instead of inside out; from the people working on the front line? This is precisely what an interesting experiment at global consulting firm Capgemini is revealing. Many of the company’s 110,000 people are based on site at client locations and it is here that ‘real-world’ challenges must be addressed. The IT consultants in particular, who form about half of the workforce, are in an environment where the information they use goes out of date very quickly.

To help keep its teams up-to-speed, and to stay on top of the disruptive changes in their operating environment, Capgemini began a few years ago experimenting with Yammer, a private and secure enterprise social network that allows colleagues to hold conversations, read posts and actively collaborate with their co-workers in real-time. CTO Andy Mulholland says that it is contributing to the “collective consciousness of the 20,000 people who subscribe to Yammer internally.”

Yammer is decentralising the information flow at Capgemini to create greater collaboration from the outside in. It is those consultants at ‘the edge’ who are posing the questions and using the technology. They’re encountering a lot more variability in what they’re being asked to do than perhaps those at the centre of the organisation. They’re using it as a service enabler; a tool to help them do more by tapping into a corporate knowledge bank in real time. Mulholland notes it is also vital that those at the centre climb aboard as well. He says:”Those senior managers who don’t Yammer are making a huge mistake. The threads (conversation streams) that are generated on Yammer provide vital insight into what’s going on across our business. “

Capgemini’s CEO is known to regularly go on to Yammer and check out who the top thread followers and creators are and what they’re discussing. Other board directors have made “YamJams”, webcasts where Yammer works as a back channel for people to hold conversations while the executive concerned is presenting, or to send comments directly to the presentation during the YamJam in real time. Interest in Yammer increased after it was demonstrated at an executive strategy meeting with membership rising swiftly from 8,000 to 16,000.

Senior executives aside, it is interesting to take a look at who is using Yammer and for what purpose. The group’s Social Media Strategist Rick Mans says that there are wide ranging threads, largely business-focused, but a number with more social intentions. He continues: “People who use Yammer have become a kind of social group in themselves. They use it to ask the pertinent questions online in real time, and then often take the conversation offline to develop the conversation still further. In this way we’re still using our other knowledge systems, such as Wikis and forums, but Yammer is a social glue that holds it all together.”

There are three groups of users. The hugely active group comprises around 50 people; they tend to be smart technology people; they are managing communities and ensuring that Yammer is working all the time. Then there is a group of 300 regular Yammer users. They’re not as passionate about Yammer as the active users but are likely to feel that if they haven’t been on for a couple of weeks, they’re missing out on something. Then there are the ‘listeners’, those users who perhaps use Yammer for a specific purpose, to follow a thread about a topic that resonates with them, but without the need to add their own comment. They know it’s there and can dip in and out as and when they need to.

To make it work commercially, Capgemini users must adhere to a few controls to safeguard client information and competitive intelligence. As social environments change so fast, a traditional set of governance policies would strangle the benefits of flexibility. So instead, Capgemini has developed a code of conduct, which starts: Yammer is “a source of instant inspiration to strengthen and empower its members to face their daily impediments and foster the development of international social networks around common areas of interest”. It builds on such values as honesty, boldness, trust, freedom and fun. And, importantly, because Yammer is hosted by an independent company, not by a central IT department, no confidential or client-specific matters are discussed.

As Rick Mans explains: “Usage tends to be self governing so if someone Yammers with information they shouldn’t, other users will urge them to stop. We can’t control the growth of Yammer but if it does continue to expand, we may need to formalise it in some way or another. This will be the next step in its evolution.”

The concept of threads is a key feature of Yammer. A thread shows all the replies to a specific message underneath the original update, making it easier to follow conversations. Problem solving is the biggest area of usage, with Yammers asking for support or help in tracking down a colleague or information resource. One thread starts with the request: “We need more Level 3 and 4 Certified Software Engineers”. Other threads revolve around building communities of interest on a particular topic, such as “We are working on Technovision 2011 (a thought leadership publication). What Technology trends should we absolutely not forget to include?”

What has been something of a surprise is the speed at which threads grow. Andy Mulholland says: “It’s almost a kind of outsourcing whereby you ask a question and one, two or three or four people will come back with some take on the answer. And unlike email, which is targeted to a group of people you already know, a Yammer request goes out to anyone interested in a topic. Very quickly, you’ll have a discussion underway that may involve six to ten people as they debate the issue and work it. The speed with which people join and extend the thread is remarkable. This sort of interaction is simply not possible within the constraints of email.”

Understand the limits of technology. No single technology will ever meet the full array of needs that a large company like Capgemini has. The evidence is that Yammer is good for solving specific problems, sharing information quickly, and generating immediate buzz on a topic. But it is not so good for other things. As Rick Mans observes: “Yammer isn’t very well suited for distributing static information that doesn’t change very often; and for most colleagues to really collaborate with each other in a structured way is also difficult.” So if you picture a spectrum of increasingly complex and interactive tasks in a big company, Yammer works best in the middle of that spectrum – at the low end, the basic sharing and archiving of static information is done best using traditional knowledge-management databases, and at the high end, if you want to brainstorm about developing a new service offering or solving a tricky problem, a face-to-face meeting is likely to be your best bet. But there is an increasing range of tasks in the middle of that spectrum which require too much interactivity for traditional IT systems, and where you cannot justify the cost of a face-to-face meeting. This is the sweet-spot for social networking tools.

Management’s changing role. Capgemini uses Yammer for: aligning activities, problem solving, information sharing, providing clarification. Now think about the things managers do for a living – and you quickly end up with a pretty similar list. Social networking technologies, in other words, are increasingly being used to provide the support and input that employees used to get from their managers. This frees up managers, in turn, to spend more time on the real value-added work – such as motivating their employees, structuring their work to make it more engaging, developing their skills, securing access to resources, and making linkages to other parts of the organisation. Warren Buffett is famous for saying that it is only when the tide goes out that you can see who is swimming naked, and the same metaphor applies here: when employees can get all the basic support they need for their work through Yammer, rather than through their line manager, the real qualities of the line manager are exposed and some are found wanting.

Blurring the boundaries between work and play. When social networking sites first came on the scene, most companies banned their use at work – they were seen as a security threat, and they were seen as a distraction from real work. But the boundaries between social networking sites and corporate Intranets are blurring all the time, and Yammer is just one of many technologies that sit in this grey zone between the two worlds. And the boundaries are murkier still in the minds of employees, many of whom feel it is entirely appropriate to blur their work and home lives. If we are available by email in the evenings or on the weekends, why shouldn’t we also log onto Facebook, or book our holidays, during work hours? This message is not lost on Capgemini – Yammer encourages a mix of the practical, the profound and the trivial. One thread started with the question “When did anyone last buy a tie?” And the World Cup 2010 attracted a great deal of traffic.

As a means of connecting a disparate workforce Yammer is proving its worth at Capgemini. It maintains a largely business focus, acting as a pool of best practice and offering experience from the front line. It allows people working on similar assignments to connect with colleagues they may not have been aware were working in the same field. It acts as a conduit, feeding in information from the edge of the business to transform the whole process of internal communication. This is social networking with an enterprise signature.