What do you want to be?

The in-demand careers of the future will be very different from those of the not so recent past. Lynda Gratton’s research reveals the ... 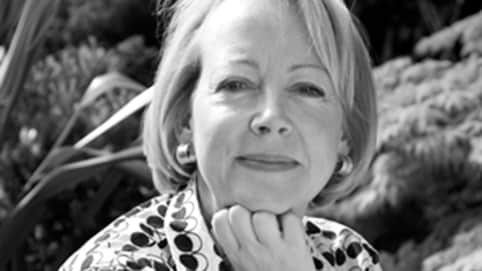 Three broad career paths will be of value (beyond those that are always of value) over the coming decade: grassroots advocacy, social entrepreneurship and micro-entrepreneurs.

In 2009, the strategists at Shell developed two scenarios about the future of energy resources. What is interesting about the Shell 2050 scenario, in the ‘Blueprint’ scenario, is the role that local, regional and global advocates play. They believe that rather than a top–down, centralised approach – in an increasingly transparent world, high-profile local actors will influence the national stage. Change will come through the success of many individual initiatives which become linked and amplified around the world and progressively change the character of international debate. These grassroots advocates will become the early developers of experiments, innovative solutions and the adoption of proven practice.

We can expect to see advocacy rising in any area that people care about – from the education of children in developing countries, to the eradication of endemic diseases, to the support of small businesses. Expect to see a proliferation of enterprises built around developing and supporting advocacy skills and capabilities. These could be NGOs like Save the Children which already has a sophisticated programme of support to people who want to volunteer to work with them, and also to those who work as advocates on their behalf. Or they could be companies like Projects Abroad which has sent over 18,500 people to volunteer as interns in areas as diverse as teaching, conservation, medicine and journalism.

For some, advocacy will be about becoming high-profile local actors who galvanise energy, and create ideas about how to move forward. For others, advocacy will entail using their leadership skills and management know-how to create organisations that serve social needs. At the heart of social entrepreneurship is the will to organise, create and manage a venture to make social change. So while a business enterprise measures performance in profit and return, a social entrepreneur focuses on measuring outcomes in broader ways.

All over the world, social entrepreneurial businesses are springing up – NIKA Water Company, for example which sells bottled water in the USA and uses 100% of its profits to bring clean water to those in the developing world. Or Newman’s Own, which donates 100% of its total profits to support various educational charities.

But it is not just individuals who are making the running here. Across Asia and Europe in particular social entrepreneurs are gathering together in teams, networks, and movements for change. Gen Y is beginning to play a role and we can expect this to gather greater momentum over the coming decades. For example, the Young Social Pioneers group in Australia actively invest in young social entrepreneurs, while Istanbul’s Bilgi Üniversity does the same in Turkey.

But what it means to be a micro-entrepreneur in 2025 will be very different from now. Although we can still expect large companies to exist in 2025 – and in fact there is an argument that these companies will become even larger – proportionally we can expect more people to work for themselves, or with a small group of other people. Many will be employed in ecosystems that become the hinterland of companies. Like the many thousands of independent people who build the applications for the iPhone – these people will be working on small parts of the value chain. Alternatively, they will be part of a much larger collaboration of many thousands of people brought together to experience economies of scale.

Whatever the mechanism of coordination, we can expect a greater proportion of the valuable work in companies to be carried out by people working independently. The main driver of course will be the continuing falling price of IT, combined with the ubiquitous cloud which will allow even the smallest business to use highly sophisticated analytics to track orders, work with third parties and collect money. What has also become more prevalent and will continue to grow is the ability of the Internet to coordinate funding for entrepreneurs – it’s a method for people to donate or invest in ideas they think are exciting or profitable.