Does being rich make you happy? Research from Selin Kesebir looks at the relationship between income equality and happiness.

Ed Diener , Shigehiro Oishi and Selin Kesebir
Organisational behaviour
Save to my profile

Does being rich make you happy? Research from Selin Kesebir looks at the relationship between income equality and happiness. 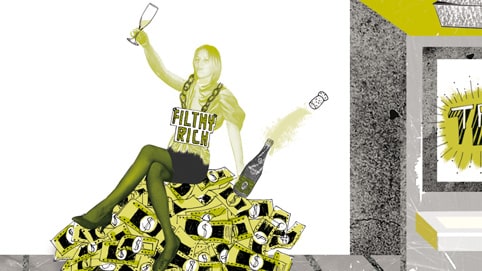 
If it is the latter, then you are in good company. In America, there has been huge growth in national wealth over the last century. Unfortunately, that increase in wealth has not been accompanied by a proportionate increase in individual happiness.

However, economic growth has led to an increase in happiness in some countries, Denmark, France, and Germany to name three. But not in America. So why is the US the odd country out? Academics Shigehiro Oishi, an Associate Professor  of Psychology at the University of Virginia; Selin Kesebir, Assistant Professor of Organisational Behaviour at London Business School; and Ed Diener, Professor of Psychology at the University of Illinois, believe they have the answer. Income inequality.

In their research the authors looked at the responses of 53,043 people who took part in the US General Social Survey, across the period 1972 to 2008. In particular, they focused on the answers to questions relating to a three-point happiness item to measure subjective well-being, as well as about perceived levels of fairness and general trust. They also considered data relating to personal income and income equality.

What stood out was the relationship between income disparity and happiness. The last four decades have marked a period of considerable social change in America. One of the more visible signs of this transformation is the growing income inequality in the country. A commonly used metric for income inequality is the Gini coefficient. During the 1960s and 1970s the Gini coefficient in the US was similar to many countries in Europe and lower than in France. Fast forward to 2008, though, and the coefficient is much higher in the US than in most of Europe, or indeed than America's neighbour Canada.

People felt the world was unfair if the rich got richer disproportionately to the rest of the population. Furthermore, this sense of the haves and the have-nots was a divisive influence leading to a greater mistrust of others. Trust is positively associated with happiness. Less trust during times of income equality, means less happiness too.

Bad news for lower and middle income earners, it seems. But, not so bad for the rich who are getting richer. Because, as a telling line from the paper notes: "We also found that the negative association between income disparity and happiness was present among Americans with lower incomes but not among Americans with higher incomes."

So presumably it is the misery of the many lower income earners that is deflating potential levels of happiness overall. Poorer people feel a sense of unfairness and mistrust due to income inequality, wealthy people tend not to.

Or, if you prefer, being rich does make you happy, after all.

This is an executive summary of 'Income Inequality and Happiness', Psychological Science, September 2011, vol.22 no.9 1095-1100. Research by Shigehiro Oishi, Selin Kesebir and Ed Diener.