To what extent do candidates overstate their good points and omit or mask their shortcomings? Does this affect the likelihood that ...

Daniel Cable looked into the ways job candidates present themselves in the hiring process, how their presentation is perceived by interviewers and, upon hiring, by their new co-workers. 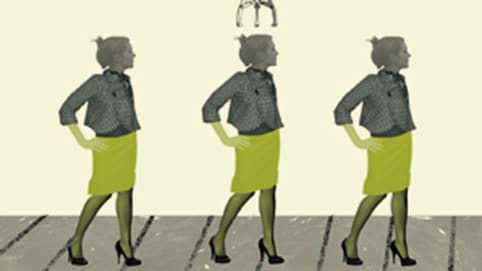 To what extent do candidates overstate their good points and omit or mask their shortcomings? Does this affect the likelihood that interviewers will incorrectly assess a candidate’s suitability for a job? Professor Cable talks with eBSR about his findings.

When a company has a job opening, it will almost always conduct interviews of candidates as a way of assessing whom they should hire. Is this a waste of time?

It’s not necessarily a waste of time, but it’s probably good for an interviewer to know that decades of research suggest that interviews are not very predictive of applicants’ future performance. They are less valid, for example, than work samples, cognitive ability tests and tests of conscientiousness.

But now you’ve done research that says interviewers might raise their batting average with those job candidates who you say are ‘higher in self verification striving’. What does that mean?

Self verification is the tendency for people to promote the survival of their self-conceptions. In other words, they tend to speak of their traits and abilities as they themselves perceive them. And they do this regardless of whether the self-conception happens to be positive or negative. The self verifying person is saying, in effect, “It’s worth it to be truthful with others about my habits and personality — whether good or bad — so they know what to expect from me.” Some of us strive mightily for self verification and some of us don’t.

How is that important in the hiring process?

Why do you suppose that happens?

Our research, combined with what’s been studied by others, suggests that those who are high in self verification likely would have spoken more frankly about themselves during interviews and throughout the hiring process. To borrow from an old movie, they may have more readily disclosed the good, the bad and the ugly.

We believe this more comprehensive disclosure allows decision makers to more accurately judge how well a candidate will fit in a particular position. If a candidate has said, for example, that he prefers to work alone, the smart move may be not to hire him for a job in which people work as teams.

Why would anyone trying to get a job ever voluntarily mention such things?

From past research we know that, for many people, perhaps most, self verification isn’t the key driver among what we call self presentation strategies, particularly in situations such as trying to get a job. To the contrary, most people are probably motivated to enhance the way that they appear to others, particularly when they’re competing for jobs and joining new organisations.

But think for a moment more about ‘enhancing’ your qualifications or experience. That strategy may win you the job, but after you’re in it a while, perhaps you don’t get along all that well with your co-workers or find you’re in over your head.

Our perspective is that some people — those higher in self verification striving — place greater value on ensuring that others see them as they see themselves. So they communicate both their capabilities and their limitations, despite the potential costs. It is worth noting that self verifiers are not less likely to get jobs.

The cost in this case — not getting a job — seems high. What are the benefits of high self verification striving that can outweigh this cost?

For the company, as I’ve said, interviewers are able to make better predictions about the future success of applicants who reported higher self verification striving.

As for the applicants, our research found that those who were hired got jobs that resulted in greater satisfaction and commitment to the organisation than was the case for the hired candidates who were low in self verification striving. We also found a marked difference in the way supervisors evaluated the hired applicants at the conclusion of their first year of work: those high in self verification were rated higher than those who were lower.

It may seem that the cost of not getting a job is high, but I would argue that the more relevant cost is getting a job you won’t like or not being able to meet your supervisor’s expectations. Who wants that?

More to be discovered


Based on what your research revealed, what issues would you like to see explored by future research?

Our research dealt only with hiring and the first year of employment. So it may be useful to look at how differences in self verification striving affect other interpersonal domains, such as team formation and relationships with family and friends. I’d like to know, for instance, if a person’s level of self verification striving stays the same across relationship types, such as with co-workers and with friends outside of work or with family members.

Staying within the working world, our research revealed that people vary significantly in their levels of self verification striving, but it did not explore why this happens — why some people strive to self verify more than others. Is the differentiation based on a biological predisposition? Is it based on differences in how important work is to our self-identity? Or is it a combination of these or something entirely different?

There seem to be many unanswered questions.

Yes. And yet one more work-based area to explore is why new hires generally work out better when they’ve been recommended by existing employees. One factor already known is that newcomers recommended by insiders tend to act more authentically, because they’re already bound to an identity. That, in turn, makes them higher in self verification, which our research has shown makes them more likely to succeed. What future research might explore is the relative influence of self verification versus other rationales for why current-employee referrals produce better hires.

In short, there’s much yet to be discovered.