In the technology age, effective writing has emerged as a key executive skill. Stuart Crainer and Des Dearlove look at the factors ...

Des Dearlove and Stuart Crainer
Organisational behaviour
Save to my profile

In the technology age, effective writing has emerged as a key executive skill. Stuart Crainer and Des Dearlove look at the factors behind this literary paradox. 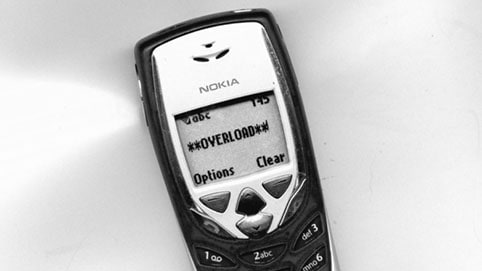 It is a truth universally acknowledged that great business leaders are great communicators. And, in an age of emails, cell phones, text messaging, instant messaging, web pages, web-logs, satellite link-ups and the rest, they have never had so many ways to communicate.

Amid all the excitement about the new communication channels it is easy to forget that, though it may be a digital world, the written word remains the fundamental tool of communication. With message overload an increasing problem, good writing is more important than ever.

While the corporate communications or PR department is on call to help draft public documents for external audiences, executives have to rely on their own literary devices for the multitude of internal documents that are increasingly grist to the management mill. Being able to write effectively and persuasively – whether creating an email, business plan, report, appraisal, or positioning statement – is a core executive skill.

The decline in secretarial support also means that the person who once corrected their grammar or tweaked their punctuation, is largely gone. Be it purple or otherwise, the full glory of an executive’s prose is likely to be exposed to the organisation. If they can barely string a sentence together let alone construct a pithy argument, their subordinates will know.

“There’s a growing misconception that the proliferation of multi-media technology has diminished the need for strong writing skills – and this is just plain false,” says Don Spetner, senior vice president, for global marketing at recruitment firm Korn/Ferry International. “At the core of all communications is content, which is a fancy word for good old fashioned story telling, or straightforward, concise writing. We take a very critical eye toward a candidate’s ability to write, whether it’s in their resume, their cover letter, or the various samples of work product that reflect the quality of their skills.”

The reality is that executives spend increasing amounts of time writing in one form or another. Consider the ultimate modern written medium, email. Literary purists may regard email as writing’s poor cousin, but its influence is undeniable. In the pre-email age, executives reached for the telephone. Now, email is the dominant form of corporate communication. The 2003 E-Mail Rules, Policies and Practices Survey from the American Management Association, Clearswift, and the ePolicy Institute found that the average employee in the US spends about one hour forty-five minutes a day dealing with email.

Academics at the Goizueta Business School, in Atlanta, put this even higher. Research among 1200 executives by Professor Deborah Valentine at the Goizueta Business Writing Center, and Ruth Pagell, executive director of Goizueta’s Center for Business Information (CBI), found that more than half spent at least two hours per day answering email at work and 30 per cent spent an additional hour or more at home. That’s about four months per year dealing with emails.

As Jeff Skoll employee number one at eBay and now CEO of the Skoll Foundation, told us: “It’s funny, that in an age when email has become such a dominant form of communication, people are writing more than they ever have. They spend so much time in front of the computer these days with written communication, and yet it seems that the art of that communication has declined over the same time.”

Of course, it is not just email. Techno-savvy executives may have their own web-logs, blogs. Blogdex.net, part of a research project run by the Massachusetts Institute of Technology, estimates there are now more than 1 million blogs and rising. Instant messaging (IM), once associated with teenagers and chat rooms, is also rapidly finding its way into corporations. Forrester Research estimates penetration of IM in corporations at 45 per cent. With companies like Microsoft and IBM both adopting and pushing the technology, it is likely to become ubiquitous.