The World of Possibility and Shining Eyes: a conversation between Gay Haskins and Ben Zander

Benjamin Zander is a musician and conductor who also leads seminars to groups around the world ranging from the privileged elite at the ...

Gay Haskins
Leadership
Save to my profile

Benjamin Zander is a musician and conductor who also leads seminars to groups around the world ranging from the privileged elite at the Davos Forum to struggling schools in the Docklands area of London. He describes himself as a purveyor of possibility. 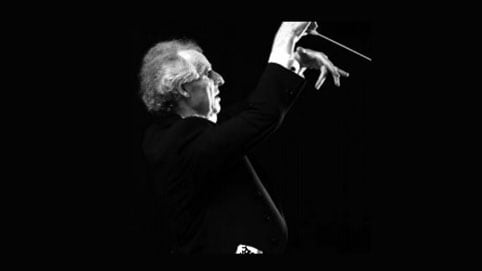 Benjamin Zander has been the conductor of the Boston Philarmonic since 1979. He has appeared as a guest conductor with orchestras around the world, giving regular performances with the Philarmonia Orchestra of London, with whom he has recorded several Beethoven and Mahler symphonies for Telarc recordings. He has taught at the New England Conservatory in Boston for more than thirty years and runs music programmes for young performing artists worldwide. He was born in the UK in 1939 and started to compose music at the age of nine, studying under Benjamin Britten and Imogen Holst. His main instrument was the cello and he was the youngest member of the National Youth Orchestra of Great Britain at the age of twelve. At fifteen, he became a student of the Spanish cello virtuoso Gaspar Cassado and subsequently studied in Italy and Germany. He received a degree from University College London and pursued postgraduate studies at Harvard.

Over the past fifteen years, he has become a sought-after speaker to major organisations and in 1999, he received the Crystal Award at the World Economic Forum for his outstanding contribution to cross-cultural understanding. His book, The Art of Possibility: Transforming Professional and Personal Life, co-authored with his wife, Rosamund Stone Zander, was published by Harvard Business School Press in 2000.

I first saw Ben at a conference in Chicago. I was so inspired and so happy after hearing him that I was determined to bring him to London Business School. He has now taught on our Senior Executive and degree programmes, delivered a most memorable Stockton Lecture and became an Honorary Fellow of the School on July 3, 2002.

I interviewed Ben over steak and chips and a good glass of wine on March 20, 2006. Despite the chilling winds of a New York evening outside, we had a memorable and uplifting conversation. I returned home with a renewed belief that possibility is endless and that, as a concept, it is hugely important to us all.

I first saw you about 10 years ago at a conference on learning at Motorola in Chicago. You really moved me. You inspired me. I left the room singing! Is your gift to inspire unique, or is it within each and every one of us?

That’s the whole point. You’ve answered the question. It is within each one of us to inspire others and to bring possibility to everybody. We all have that capacity. But I think we all have it to a very high degree when we are born and then to varying degrees we lose it, depending on the environment in which we are brought up. You have told me that in your case you were told you couldn’t sing by a crucial person in your singing life, mainly the singing teacher, and so you gave up singing, and that was the end of that particular expression. Of course what I am doing in my presentations and in our book and everywhere else, is restoring the capacity in everybody to enrol and to sing and to create possibilities. So yes, it’s definitely about everybody’s capacity. Leadership is something that everybody should do and you can do it from wherever you are, wherever you are sitting, in whichever chair.

The theme of London Business School’s Summit 2006 is Achieving Extraordinary Results. That’s highly appropriate to you, isn’t it?

Yes, but there are two ways of hearing the phrase, Achieving Extraordinary Results. You can hear is as a downward spiral of competing and winning and success, which of course also means losing and failure. Alternatively, you can hear it in the world of possibility. This is more about extraordinary contribution, a very different world.

It is the world of extraordinary contribution that I want to encourage people to look at. They don’t need anybody else to urge people on to greater heights of competitiveness so that they can win more and earn more and succeed more. There are a lot of people to do that. What I am bringing forward is another perspective. For me, extraordinary achievement is about making a difference in people’s lives and contributing to the well-being of human beings. In the end, this is far more deeply satisfying.

Can you give me some examples of how the confidence required to do this can be built? How can you build the confidence to make an extraordinary contribution?

There is a little bit of a problem with your question. It is a downward spiral question. Any question that has even the tiniest element of measurement in it is going to create problems of trying to deliver the impossible. To suggest that we need confidence to make an extraordinary contribution is like suggesting that a mother whose child is in a burning building needs courage in order to go and save it. She doesn’t. The mother doesn’t need courage to save her child. The mother needs love to save the child. So when Lao Tzu said very wisely some 3,000 years ago, because of deep love we are courageous, he was putting his finger on that. It isn’t courage that we need or confidence. It’s deep love. If we have that, courage and confidence will appear as a by-product of our passion and our love.

The mother who is standing outside the building with her child inside the building doesn’t say to herself, “Do I have enough courage for this? Do I have the confidence to go in?” It doesn’t occur to her. It’s love that draws her in. The confidence as you call it, or courage, comes as a result of deep love. That’s a possibility statement.