The way forward for a post-Brexit Britain

Are free trade agreements the answer for the UK and its future with Europe? Linda Yueh explores

Linda Yueh
Politics UK/Europe Opinion
Save to my profile

Are free trade agreements the answer for the UK and its future with Europe? Linda Yueh explores 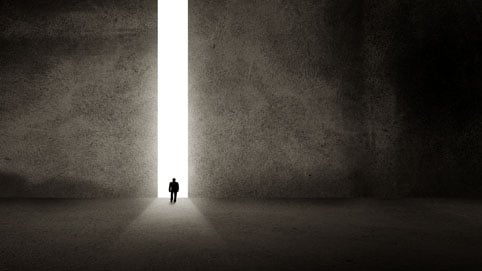 Britain’s negotiations with the EU will take years. But so do trade agreements – so it makes sense to start talks with the US, China, Japan, as well as the Commonwealth, which includes India, Canada, Australia, and others now.

Global trade is far from free, so negotiating market access for trade and investment for British businesses is important, especially if the UK is to retain its international outlook that has contributed to its economic growth and strong position as the world’s fifth biggest economy.

The dust hasn’t settled on Brexit and the European Single Market with its deep integration that eliminates non-tariff barriers through common standards which is economically valuable. The UK has a lot of negotiating to do there.

There’s more attention than ever being paid to new and potential trade deals such as the TPP (Trans Pacific Partnership) between America and Asia, and the TTIP (Trans-Atlantic Trade and Investment Partnership) between the US and Europe. These are led by the US, so the UK would do well to start parallel talks with the world’s biggest economy. Indeed, the Republican Speaker of the House of Representatives of the US Congress has said that he is interested in starting negotiations with Britain as it negotiates Brexit.

Pursuing a free trade deal with China, the world’s second largest economy, should be a priority, too. The UK may be at risk of looking less attractive as a gateway to Europe, but that depends on the EU negotiations. Until that happens, Britain and China should strengthen their existing strong links to secure a free trade agreement.

Britain and China have complementary strengths and needs. China is seeking expertise in services and high tech industry, which Britain can offer. Britain needs to maintain strong investment inflows due to its persistent and large current account deficit, which is what China’s outward investment push offers. Unlike the EU, which has more industry and agriculture to consider, the UK is in a comparably better position to agree a free trade agreement (FTA) with China. Of course, the detail and protection of losers from globalisation will matter, as well as a range of other political considerations.

China is a tough negotiating partner and has few FTAs. This is also a challenging time for China as it focuses on aligning external with internal priorities around reforming its slowing economy. In any case, having one or at least moving towards a FTA with China would also help with Britain’s negotiations with the EU if the UK can become the gateway to over a billion Chinese customers for EU businesses.

The same rationale of securing FTAs applies to other major economies, such as the world’s third biggest economy Japan.

The Commonwealth, a network that Britain is well placed to pursue more trade with, is worth highlighting. The 53 nations that make it up have a largely overlooked advantage. After all, economic studies consistently show that among the determinants of greater trade are historical ties, shared language and institutions.

Trade among these nations, which range from the rich, such as Britain and Singapore to the poorer ones in Africa, has been growing rapidly. Even without being a formal trade bloc, intra-Commonwealth trade was estimated at US$592 billion in 2013 and is forecast to surpass $1 trillion by 2020 by the Commonwealth Secretariat.

That’s due to the rapid economic growth, including in trade in these countries, in the past few years. Since 2000, global exports of Commonwealth countries have nearly tripled from $1.3 trillion to $3.4 trillion, accounting for 14.6% of world exports in 2013. In other words, if it were one economic entity, the Commonwealth would be the world’s largest trader, surpassing China.

But, it must be noted that just six Commonwealth countries account for 84% of Commonwealth trade: Australia, Britain, Canada, India, Malaysia, and Singapore. So, these are partners for Britain to focus on, which it can do more efficiently by focusing on the Commonwealth. There are also yet untapped smaller export markets, including some of the fastest growing economies in Asia and Africa.

A shift in UK trade has already been quietly happening. The current and previous governments have sought to develop greater links with faster growing emerging economies. For instance, in 1999, 55% of exports were to the EU. Now, the UK exports roughly more to non-EU countries than to the EU. Britain’s trade with the Commonwealth is less than one-quarter of that of the EU, so there’s room to grow.

With a combined population of 2.2 billion across six continents, many of them faster growing than the rich economies of the West, fostering greater trade and investment links with the Commonwealth could prove to be helpful.

In 1973, the UK ended special trade ties with the Commonwealth because it joined the EU. That won’t be a constraint after Brexit.

“Planning is bringing the future into the present so that you can do something about it now,” wrote the author Alan Lakein. Britain should be actively securing its place on the world’s stage – and strong trade agreements are exactly the way to do it.