The Savannah Hypothesis of shopping

Retailing is big business; both in terms of the billions in turnover and in the ever increasing battle for a greater share of our ...

Retailing is big business; both in terms of the billions in turnover and in the ever increasing battle for a greater share of our leisure time. Charles Dennis and Andrew McCall uncover the meaning behind the mannequins. 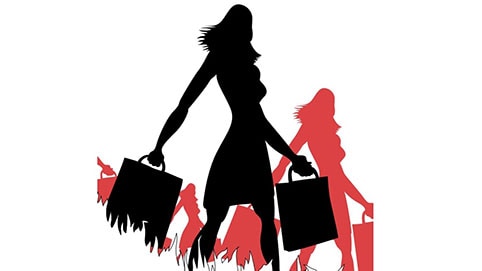 Predicting human behaviour is a complex process dependent in part on instinctive, physiological, rational and emotional considerations. Arguably, all of these are just chemistry – think of the adrenalin fight or flight reflex. But why does brain chemistry affect our actions? According to evolutionary psychologists, the answer lies in the axiom of the survival of the fittest.

Retailers are no strangers to this Darwinian notion. But to fully understand its retailing significance we need to move away from city analysts and like-for-like sales to four million years ago when an ice age caused the African forest to retreat and tree dwelling apes were forced to adapt to living on the open savannah or face extinction. For males, survival and finding a mate meant becoming good hunters while the females needed to excel at gathering the best food for the family. The Savannah Hypothesis, made explicit by Richard Broom back in 1933, holds that human psychology has been shaped by the need to evolve and adapt in order to survive. And no wonder that this behaviour has become ingrained: of the continuum that represents the evolution of the human race ninety eight per cent sees humans as hunter-gatherers.

In consumer societies, gathering has been translated into comparison shopping, and hunting into earning money to support the family. “It started with body painting, ornaments and fur,” says psychology professor Geoffrey Miller. He suggests that for females, shopping for fashion items is a form of sexual signalling. Women must keep giving off these signals to prevent their mates from straying.

So, do male and female shopping styles differ because of context and culture or because of evolution? Does the Savannah Hypothesis apply to shopping? Are women better shoppers because they have evolved that way or will men catch up on their shopping effectiveness and enjoyment as the gender equality and the cultural context gap narrows?

Male and female shopping styles certainly differ. Even in the US where gender equality in the workplace is greater than most other countries, differences in shopping style can still be clearly observed. The US female style involves searching, comparing, finding the best value and taking pride in shopping as an activity. This pride is justified as, on average, women make 10 per cent better cost savings than men, making them the better shoppers. Women have a more positive attitude to shopping and see the activity as a satisfying experience in itself. For women, shopping is a leisure and social activity in which they are more involved and through which they can express love for their families and their social network. Women shopping together spend nearly twice as long in a shop as men shopping with women or other men.

On the other hand, men see shopping as a mission and tend to go straight for what they want in a purposeful way. For men, the focus is on the speed of the shopping process, achieved by sticking to familiar brands (also used by men as symbols of economic power) and by either visiting a familiar store and buying quickly or by being indifferent to which store is selected. Male emotional response to shopping comes at “the kill” – the actual moment of purchase when their heart rate quickens. The stereotypes are not 100 per cent accurate but in the UK have been found to apply to 80 per cent of women and 70 per cent of men.

This discussion is part of the ongoing nature versus nurture debate. Early in 2005, the UK’s Brunel Business School at Brunel University undertook preliminary UK-based research to explore the differences in shopping styles across cultures. The objective was to explore whether female and male shopping styles were significantly different between different cultural contexts as the first step to proving that shopping behaviour is determined by evolution. The results could help retailers determine the underlying causes of gender shopping styles. If cultural, then the gaps would diminish over time. If evolutionary, then it is clear that retailers need to develop new strategies to engage with the vast majority of men by providing a new retail environment that recognises and delivers shopping methods that answer (for the first time) their inherited habits and preferences.